'THE SPACE BETWEEN US'
SF TRAILER IS HERE! 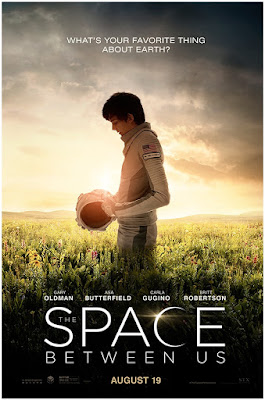 We're going sf today, starting with the first trailer for August movie THE SPACE BETWEEN US in which NASA sends astronauts to be the first to live on Mars not knowing that one of them is pregnant and gives birth without revealing who the father is. NASA didn’t tell anyone about it — for 16 years. Now he’s a teenager (Asa Butterfield) who has been raised by scientists and has met fewer than 15 people in his life but is hip to what Earth is and “knows it’s all going on without him.” He also has developed an online relationship with an Earthling girl (Britt Robertson) in Colorado. After being brought back to Earth, he is put through tests but he escapes in order to find the girl. Just one thing: His romantic heart “can’t handle our gravity.” Gary Oldman and Carla Gugino also star!

NEW POSTERS ARE IN FOR 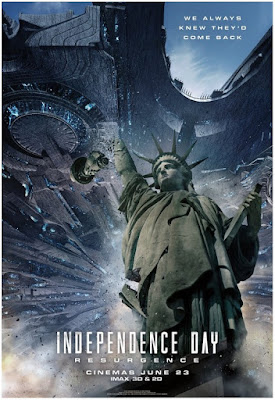 
WE ALWAYS KNEW THEY WERE COMING BACK
Twenty years after the events of the first film, the international community recovers and the United Nations creates the Earth Space Defence (ESD), a united global defence program that serves as Earth's 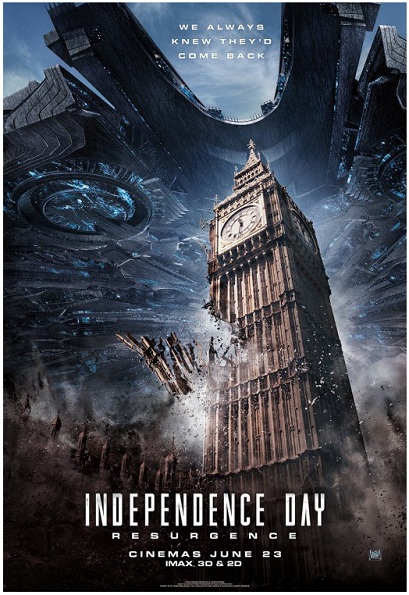 early warning system and the main defence force using technology salvaged from remains of the alien forces, with some military forces assembled on the Moon, Mars and Rhea. However, the aliens were 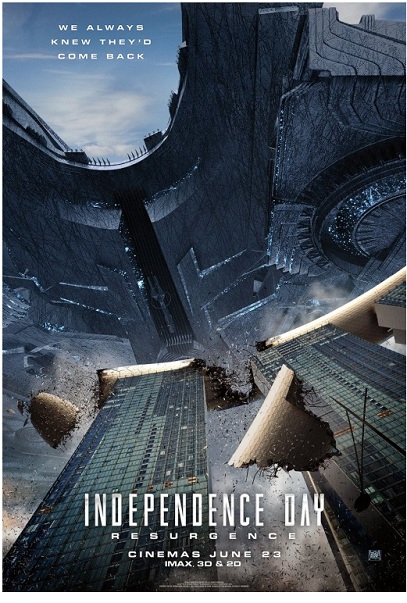 able to send a distress signal to their other battalions before their final defeat while others went into hiding elsewhere around the world. The 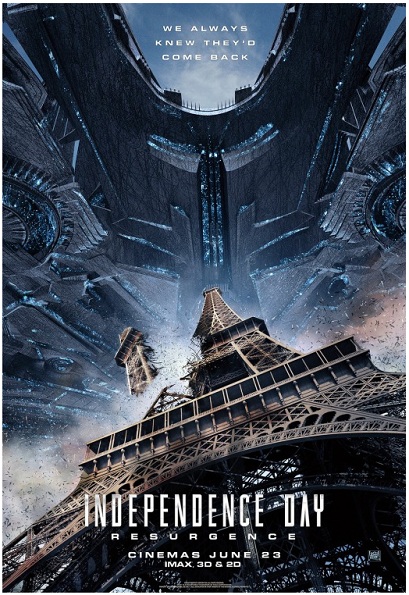 aliens in deep space received the signal and sent a larger and more powerful battle fleet, threatening the human race once more, this time, with a gravitational machine.