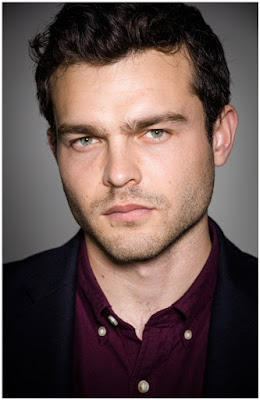 I'm sure the Star Wars fans among you have been following the hunt for the new star who will play young Han Solo in HAN SOLO: A STAR WARS STORY and now it is almost official - Alden Ehrenreich has got the role in the Christmas 2018 movie! Disney, LucasFilms and directors Phil Lord and Chris Miller have auditioned thousands of young Hollywood hopefuls for the role of the Millenium Falcon pilot in his early days but Alden has managed to beat the final rivals including Jack Reynor, Taron Egerton and Ansel Elgort. Swedish actor Joonas Suotamo will be playing Chewbacca in the movie about the early years of the two galactic scoundrels! In TV news, something I've already announced now has writers: as 'Deadline' reports Amazon's TV series adaptation of Marion Zimmer Bradley's sf classic saga DARKOVER which has 25 books translated into almost 20 languages, will be written by MARCO POLO's hunk Patrick Macmanus and LOST's Elizabeth Sarnoff who are also producing. It is a mix of fantasy and science fiction, an ambitious tale tracing the development of a civilization from its inadvertent founding on a distant planet by a group of human colonists through war-torn feudal ages to recontact 2,000 years later with their Earthly descendants.