We did lose interest a bit in the new remake of famous epic spectacle BEN HUR after Tom Hiddleston didn't get the lead role which went to relatively unknown Jack Huston, but maybe you didn't, so here's an update: GAME OF THRONE's Pedro Pascal has entered talks to play Pontius Pilate the prefect of Judea who orders the crucifixion of Jesus, while WONDER WOMAN Gal Gadot is negotiating around the lead female role of slave Esther who is in love with Ben Hur! We already know that Toby Kebbell will ad to the low profile cast by playing Ben Hur's frenemy Messalla, while Morgan Freeman will teach BEN HUR how to drive chariots! Scheduled for February 2016 the movie is helmed by famous Russian moviemaker Timur Bekmbambetov.

In sf news from the TV front, BATTLESTAR GALACTICA's superhunk Jamie Bamber has joined CW's upcoming supernatural series THE MESSENGERS about five strangers affected when a mysterious object hits Earth. After collapsing, all five individuals come back to life just hours later with inexplicable powers, including strength and the power to heal. But once things begin to become more clear, those affected realize that they might be Earth’s only hope for stopping the Rapture … or perhaps, they’re causing it.
'DARK MATTER' SF SERIES
SyFy will produce DARK MATTER sf series from STARGATE scribes centring on the crew of a derelict spaceship who is awakened from stasis with no memories of who they are or how they got on board. Facing threats at every turn, they have to work together to survive a voyage charged with vengeance, betrayal and hidden secrets.


IN THE HEART OF SEA TRAILER
WITH CHRIS HEMSWORTH, CILLIAN MURPHY AND BEN WHISHAW
An epic trailer comes to us today for Ron Howard's new sea adventure IN THE HEART OF THE SEA which sails into cinemas 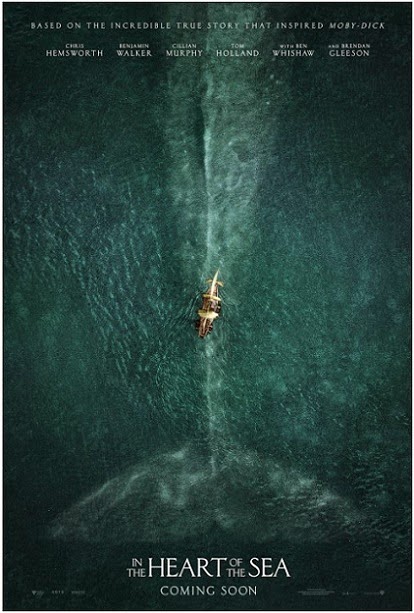 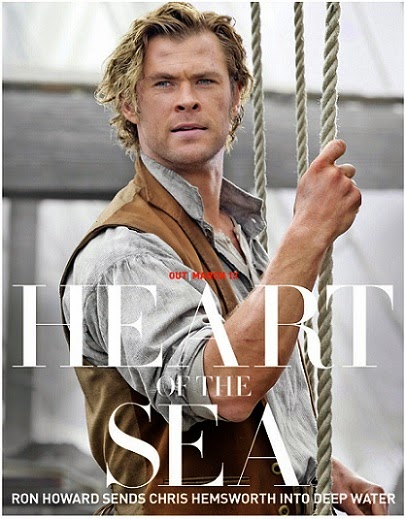 Walker! In the winter of 1820, the New England whaling ship Essex was assaulted by something no one could believe: a whale of mammoth size and will, and an almost human sense of vengeance. The real-life 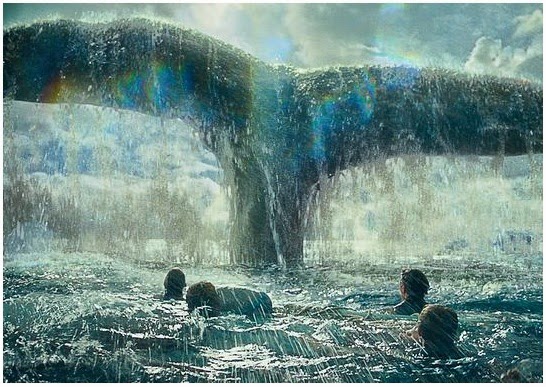 maritime disaster would inspire Herman Melville's Moby-Dick. But that told only half the story.  IN THE HEART OF THE SEA reveals the encounter's harrowing aftermath, as the ship's surviving crew is pushed to their limits and forced to do the unthinkable to stay alive. 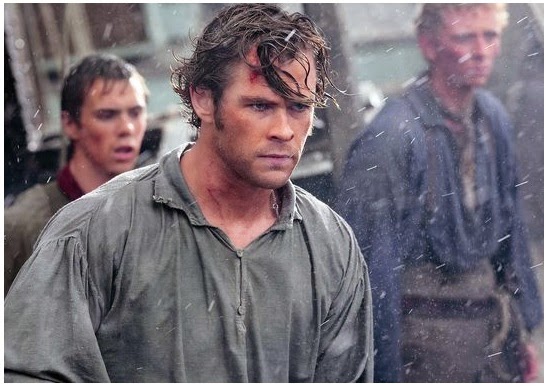 Braving storms, starvation, panic and despair, the men will call into question their deepest beliefs, from the value of their lives to the morality of their trade, as their captain searches for direction on the open sea and his first mate still seeks to bring the great whale down.

Labels: BEN HUR, CHRIS HEMSWORTH, IN THE HEART OF THE SEA, JAMIE BAMBER