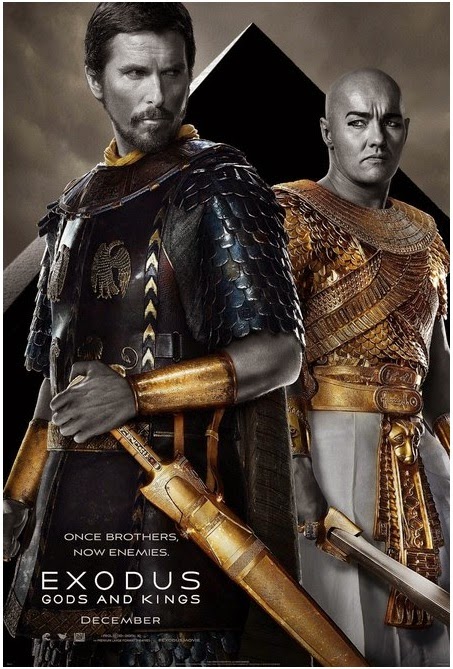 Two stunningly epic trailers for you today, starting with the full length one for this December's Egyptian epic EXODUS: GODS AND KINGS! From acclaimed director Ridley Scott comes the epic adventure, the story of one man’s daring courage to take on the might of an empire. Using state of the art visual effects Scott brings new life to the story of the defiant leader Moses (Christian Bale) as he rises up against the Egyptian Pharaoh Ramses (Joel Edgerton), setting 600,000 slaves on a monumental journey of escape from Egypt and its terrifying cycle of deadly plagues. Sigourney Weaver, Aaron Paul and Ben Kingsley also star!

Eleventh movie adaptation of a Nicholas Sparks book, romantic drama THE CHOICE, has found its lead stars in Benjamin Walker (ABRAHAM LINCOLN VAMPIRE HUNTER) and Theresa Palmer (WARM BODIES). They will play neighbours who fall for each other in a small coastal town. The story spans a decade of their love affair, which is ultimately tested by life’s most defining events.
BENEDICT CUMBER- BATCH IS RICHARD III
Meanwhile, BBC has released the first photo of Benedict Cumberbatch as King Richard III in BBC's new season of THE HOLLOW CROWN historical dramas based on Shakespeare's RICHARD III and HENRY VI. The three part series will see Judi Dench, Sophie Okonedo and Keeley Hawes playing the royal ladies, with Andrew Scott playing French

this Christmas starring Russell Crowe (who also directs), Jai Courtney and Olga Kurylenko. The story of the epic adventure is set four years after the devastating battle of Gallipoli in Turkey during World War I. Australian farmer Connor (Russell Crowe) travels to Istanbul to discover the fate of his sons, reported missing in the action, where he forges a relationship with the beautiful Turkish woman (Olga Kurylenko) who owns the hotel in which he stays. Holding on to hope, and with the help of a Turkish Officer, Connor embarks on a journey across the country to find the truth about the fate of his sons.
Posted by DEZMOND at 2:00 PM