Here's a piece of info I didn't have time to publish over the weekend: according to 'Deadline' Sarah Jessica Parker will take the lead role in romantic comedy ALL ROADS LEAD TO ROME! Swedish directress :) Ella Lemhagen will helm the movie which is to be shot entirely in Italy. Sarah Jessica Parker will play Maggie, an uptight American woman on a road trip throughout Italy with her Italian former lover Luca who is helping her find Maggie’s rebellious teenage daughter. You've probably heard by now that SEX AND THE CITY might also get its third part in the future and Sarah might again play Carrie Bradshaw, one of the most self observed of the TV characters ever.

In TV News, Len Wiseman (UNDERWORLD, SLEEPY HOLLOW) will produce historical mini series on ST. PATRICK, the protector of Ireland! To air at Fox, the epic series will explore Patrick‘s dramatic transformation from a rebellious teenager into a legendary peacemaker chronicling his story as a slave who becomes a priest, a priest who becomes a warrior, and ultimately a warrior who becomes a saint. Born in Great Britain in the 5th century, he was abducted by Irish pirates at age 16 and was taken to Ireland where he was enslaved for six years before escaping to return to his family. Acting on a vision, he goes back to Ireland as a Christian missionary and would go on to become one of the symbols of Ireland, with the date of his death, March 17, observed around the world as St. Patrick’s Day.
TV LAND ORDERS MICHAEL ROSENBAUM'S 'IMPASTOR' SITCOM
Beside YOUNGER TV Land has also officially ordered ten episodes of IMPASTOR sitcom which will see Michael Rosenbaum playing Buddy, a man in debt who cons a small town into believing he is their new gay pastor. Sara Rue stars as Buddy's assistant, while Mircea 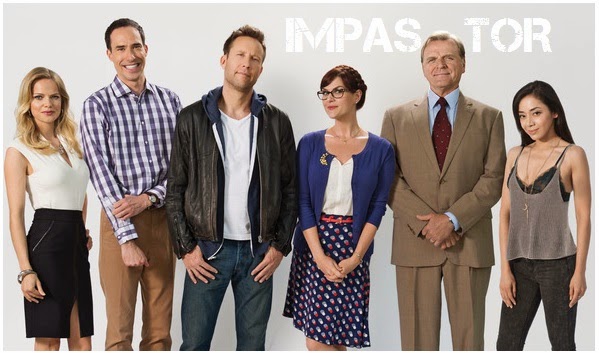 Monroe plays Alexa Cummings, the head trustee of Loomis Lutheran Church who has a crush on Buddy.  Aimee Garcia appears as LeeAnne, a bartender from San Francisco and Buddy's girlfriend.
Posted by DEZMOND at 2:00 PM