Superhero news for you today, people: currently one of the hottest topics in Tinseltown is who will get the role of DOCTOR STRANGE in the big screen adaptation of Marvel's comic! Joaquin Phoenix has recently passed on the role of Dr. Stephen Strange, a brilliant neurosurgeon whose career is ruined after he suffers a terrible accident. He sets out on a quest to regain the precision in his hands by becoming the "Master of the Mystic Arts." According to the latest rumours the studio now wants Ewan McGregor for the role, with their shortlist of actors also including Matthew McConaughey, Jake Gyllenhaal, Oscar Isaac, and with Ethan Hawke and Jared Leto also considered as possible choices!
'JUSTICE LEAGUE', 'WONDER WOMAN' FILMS FOR 2017! 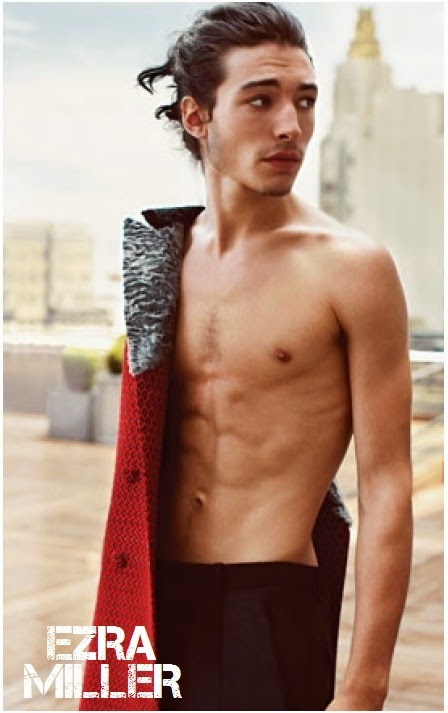 Meanwhile, over at DC Comics and Warner Bros. the official confirmation has arrived for JUSTICE LEAGUE movie set for 2017 to be helmed by Zack Snyder and using the supeheroes from SUPERMAN VS BATMAN and some others, including Wonder Woman who is getting her solo movie in 2017 too with Gal Gadot in the lead role!
EZRA MILLER IS  'FLASH'
After that, 2018 will bring THE FLASH movie with Ezra Miller confirmed in the lead, and AQUAMAN with Jason Momoa!


ROBBIE ROGERS INSPIRED
'MEN IN SHORTS' GAY SITCOM
In today's TV news, according to Deadline, ABC has signed a deal for MEN IN SHORTS comedy series inspired by the life of professional soccer player Robbie Rogers, who

became the first openly gay man to compete in a top North American professional sports league. The mix of family and workplace comedy will chronicle how the soccer player’s team mates and friends interact with him after his coming out and how they start evaluating their own secrets that are keeping them from being happier and more authentic.
LEN WISE- MAN FOR FOX SF SHOW
Fox has ordered a new sf show from SLEEPY HOLLOW's Len Wiseman. The untitled space show is set in a foreseeable future, where companies have begun to colonize sections of our known galaxy. A mercenary search and rescue team is dispatched to investigate a distress signal from a prison transport that has crashed on an uncharted planet. This unlikely group of heroes will now have to work together when they encounter a much greater challenge on this mysterious planet than they could have anticipated. 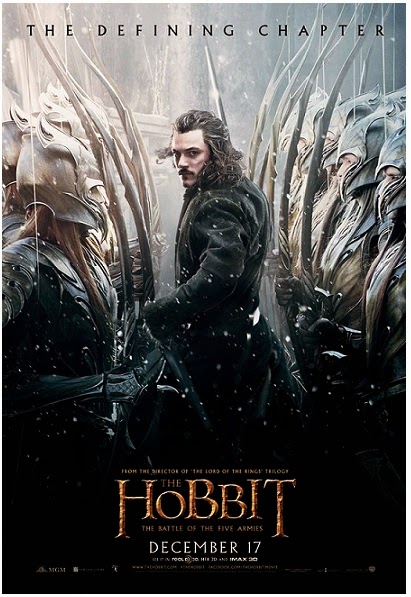 If you follow our official Facebook and Twitter accounts you've seen a new HOBBIT character poster each day this week, and now Elven posters and banners have been released too for the final epic chapter 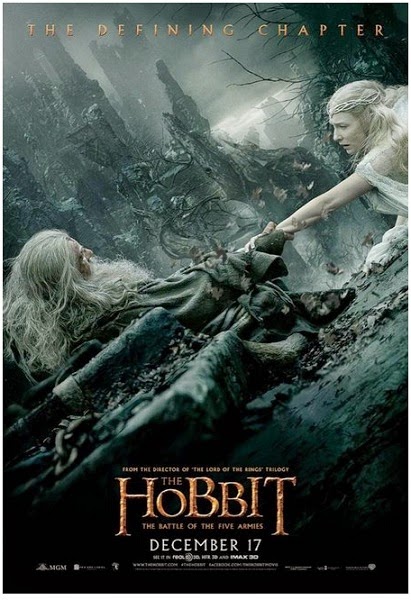 THE HOBBIT THE BATTLE OF THE FIVE ARMIES which arrives into theatres this December. You can see Elven Queen Galadriel (Cate Blanchett) coming to help Gandalf (Ian McKellen) in the heat

of the battle, and also Elven king Thranduil (Lee Pace) leading his fearsome army of mighty Elven archers into war! These elven armies

will unite with the armies of men, lead byBard the Bowman (Luke Evans), and dwarvish forces in order to defeat the dark legions of Orcs sent by evil Sauron!
Posted by DEZMOND at 2:00 PM