check out the mesmerizing and stunningly beautiful poster! (click on it to see it bigger).  Coming to cinemas next summer, this thrilling adventure will be set in medieval Scotland following the impetuous, tangle-haired princess Merida, who wants to become world's greatest archer. A clash of wills with her mother compels Merida to make a reckless choice, which unleashes unintended peril on her father's kingdom and her mother's life. Merida struggles with the unpredictable forces of nature, magic and a dark, ancient curse to set things right! 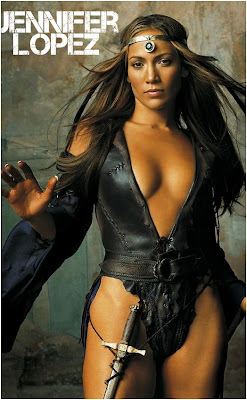 Although the film has lost battle against Tarsem's SNOW WHITE, which premieres first and doesn't have horrid Kirsten Stewart in the lead role, SNOW WHITE AND THE HUNTSMEN with Charlize Theron and Chris Hemsworth still has another ace in its sleeve: after casting Ian McShane as the lead dwarf the film now also has Eddie Izzard as the biggest dwarf, Bob Hoskins as the blind dwarf, Toby Jones as the shy dwarf and Ray Winstone as one of the twin dwarfs! According to "Deadline", Jennifer Lopez might take the female lead in PARKER, an action film in which Jason Statham plays a thief with strict moral codes who at the same time isn't afraid to kill if necessary. Lopez will get involved with him during a heist. 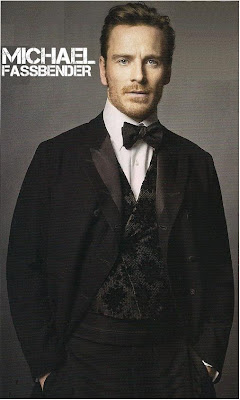 One of the films, besides Meryl Streep's IRON LADY, Tarsem's IMMORTALS and Michele Williams' MY WEEKEND WITH MARYLIN, which will try to win an Oscar next year, is certainly David Cronenberg's new film A DANGEROUS METHOD in which Michael Fassbender and Viggo Mortensen play two of the most famous psychologists Dr. Carl Gustav Jung and newcomer Sigmund Freud, who both fall in love with a severely unbalanced patient (played dreadfully as always by that Keira Knightley girl).The film also stars amazing French star Vincent Cassell and you can check out the first trailer bellow (if you can stand Knightley, off course).
LINK OF THE WEEK if you wanna read more about the two SNOW WHITE projects, go over to FLIX CHATTER and tell Flixy Dezzy sent you :)
Posted by DEZMOND at 12:00 AM