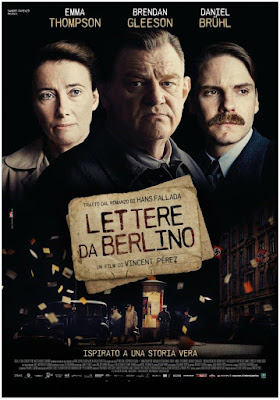 Two WW2 trailers for you today beginning with the new trailer for World War 2 drama ALONE IN BERLIN starring Emma Thompson, Brendan Gleeson and Daniel Bruhl. It is out this March and is directed by French actor Vincent Perez!
Based on a true story, which served as an inspiration for Hans Fallada novel, ALONE IN BERLIN is set in 1940 following a working class couple in World War II era Berlin, Otto and Anna Quangel, who decide to resist Adolf Hitler and the Nazis, after receiving the news of the death of their only son. They start writing postcards to 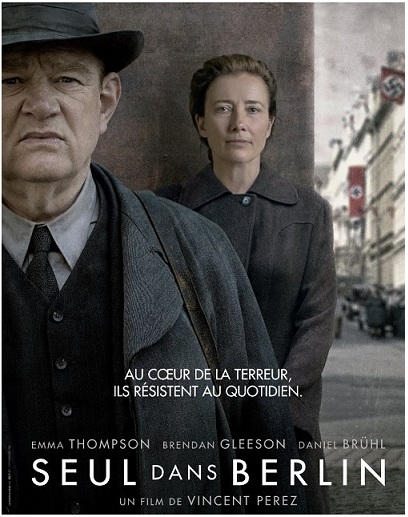 urge people to stand against Hitler and the Nazis and protest against them. Escherich is the Gestapo inspector charged with finding the source of the postcards. 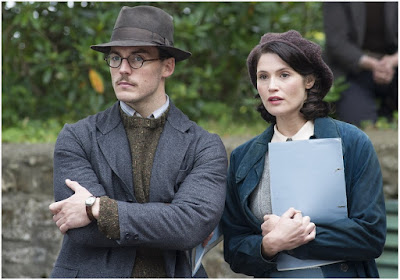 about a British film crew that attempts to boost morale during World War II by making a propaganda film after the Blitzkrieg.