'TRESPASS AGAINST US'
WITH MICHAEL FASSBENDER
It's new posters day this sleepy postfestive Tuesday with Hollywood still in deep slumber. A rather hot new international poster has been 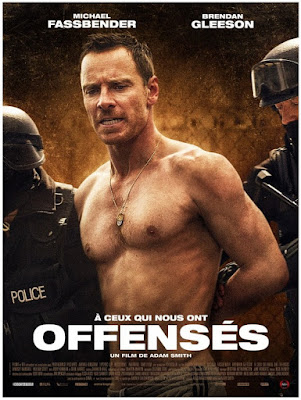 revealed for Michael Fassbender's TRESPASS AGAINST US on which you can admire his rather flawless pecs!
To smuggle its way into cinemas from January till March around Europe, UK and USA, TRESPASS AGAINST US also stars Brendan Gleeson as the patriarch of a crime family with our dearest Fassy playing his son who is trying hard to find a way to escape the criminal ways of his outlaw family. Rory Kinnear, Killian Scott, Sean Harris round up the cast of British and Irish actors. 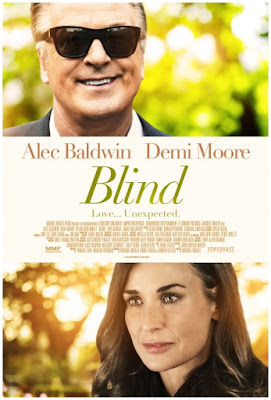 Dylan McDermott! BLIND is about bestselling novelist, Bill Oakland who loses his wife and his sight in a vicious car crash. Five years later Socialite Suzanne Dutchman is forced to read to Bill in an intimate room three times a week as a plea bargain for being associated with her husband's insider trading. A passionate affair ensues, forcing them both to question whether or not it's ever too late to find true love. But when Suzanne's husband is let out on a technicality, she is forced to choose between the man she loves and the man she built a life with. 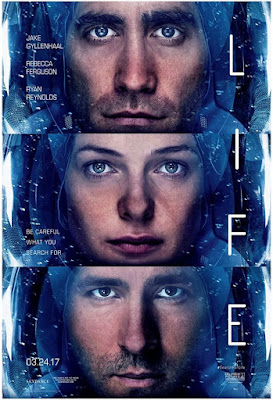 starring Ryan Reynolds, Rebecca Ferguson and Jake Gyllenhaal as astronauts aboard the space station who study a sample collected from Mars that could provide evidence for extraterrestrial life on the Red Planet. The crew determines that the sample contains a large, single celled organism - the first example of life beyond Earth. But things aren't always what they seem. As the crew begins to conduct research, and their methods end up having unintended consequences, the life form proves more intelligent than anyone ever expected.