'THE SENSE OF AN ENDING'
STARRING JIM BROADBENT AND CHARLOTTE RAMPLING 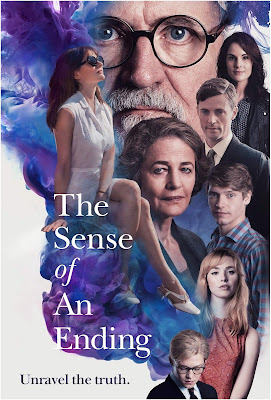 New trailers from movies with senior actors today, for you, beginning with THE SENSE OF AN ENDING with Jim Broadbent and Charlotte Rampling which also has one of the most beautiful posters this year! Also starring Matthew Goode, Michelle Dockery and Billy Howle it is out this March.
It follows Tony Webster (Broadbent), who leads a reclusive and quiet existence until long buried secrets from his past force him to face the flawed recollections of his younger self, the truth about his first love (Rampling) and the devastating consequences of decisions made a lifetime ago! It is based on a Julian Barnes novel.


'GOING IN STYLE' TRAILER
WITH MICHAEL CAINE, ALAN ARKIN AND MORGAN FREEMAN
With a much lighter tone, there is also the first trailer for hilarious comedy GOING IN STYLE which, out this April, stars Michael Caine, 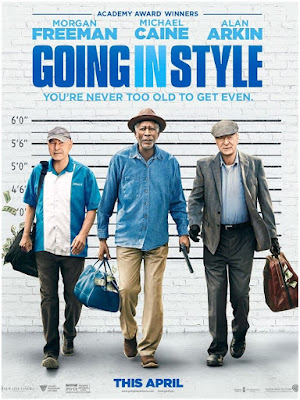 Morgan Freeman and Alan Arkin as three seniors, who, living social security check to check and even reduced to eating dog food at times, decide they have had enough. So, they plan to rob a bank... problem is, they don't even know how to handle a gun! A social commentary on growing old in America and what we are sometimes driven to, due to circumstances also stars Christopher Lloyd, Ann Margret and Matt Dilon.