'ALONE' SF TRAILER
WAKE UP, THE WORLD IS GONE 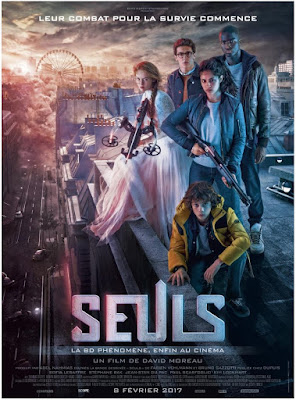 Hollywood is still sleeping, people, which means we're continuing our international movies week, today with two sf movies, starting with a rather stunning poster (thanks to Gold Poster) and a trailer for French apocalyptic action thriller ALONE or SEULS which should arrive into French cinemas next February starring Thomas Doret, Kim Lockhart, Stephane Bak, Paul Scarfoglio in an exciting and spooky story, based on a comic book, about five kids who wake up in a world where everybody has disappeared.


'TIME OF PIONEERS' TRAILER
ON THE FIRST EVER SPACEWALK! 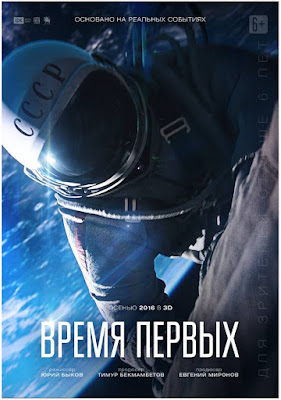 There is also an extremely atmospheric poster and trailer for Russian sf movie TIME OF PIONEERS or VREMYA PERVIH which should arrive into Russian cinemas next April starring Evgeniy Mironov and Konstantin Khabensky in this space biopic set in  March 18, 1965, when Russia proved its leading role in the exploration of space with legendary Soviet cosmonaut and hero Alexei Leonov becoming the first person to walk in space and bringing Russia supremacy in space over America. Even though nobody knew what they could encounter during their flight into space, especially since the 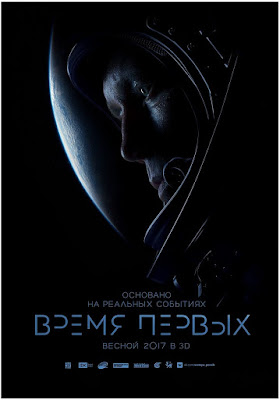 test ship had exploded only two weeks before their mission,  an experienced military pilot Pavel Belyaev and his partner Alexei Leonov, were ready to step into the unknown.
DEZZY'S HISTORY LESSON
Leonov, who is also an acclaimed painter and writer, was outside the spacecraft for 12 minutes on 18 March 1965, connected to the craft by a tether. At the end of the space walk, Leonov's spacesuit had inflated in the vacuum of space to the point where he could not re-enter the airlock. He opened a valve to allow some of the suit's pressure to bleed off and was barely able to get back inside the capsule.