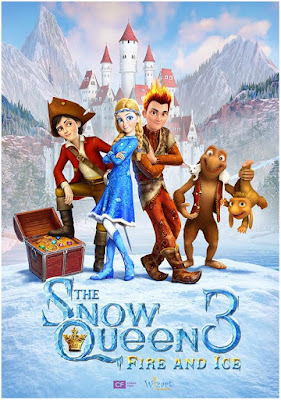 To finish our international movies week, since Hollywood is still sleeping, we're going childish today with delightful new international animated movies! We will begin with the third part of one of Russia's most successful animated movie franchises: SNOW QUEEN 3: FIRE AND ICE which skated into Russian cinemas yesterday to celebrate New Year's Holidays! And no, it is not Frozen rip-off since the first movie in the saga premiered in 2012 a year ahead of it. The third part will play in European, Korean and Indian cinemas 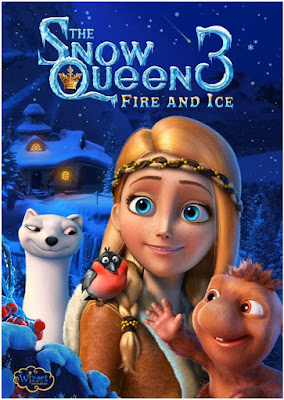 throughout January.
KAI AND GERDA
The movie follows Kai and Gerda from one of the most beloved fairy tales Snow Queen. The rare gift of getting into all kinds of trouble is their family trait. What else can you expect from the ones raised among trolls in snowy lands? But now Kai and Gerda have grown up and entered a new stage - this time they are going to cause a global disaster... 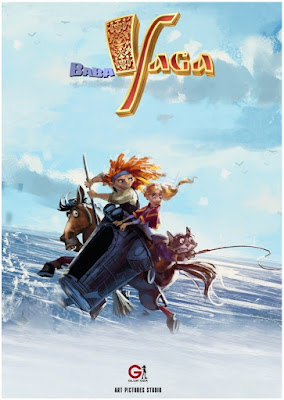 the traditional image of an old hag who scares little children. What led the young sorceress Yadviga to turn into the recluse Yaga, living on a swamp in a hut on chicken legs? And what will happen when Princess Sapphire (Sineglazka) accidentally stumbles across Yaga's swamp in her quest to find rejuvenating apples at the world's edge for her evil witch stepmother? BABA YAGA is a colourful and fascinating journey, in which the power of friendship and faith in humanity triumphs over betrayal and evil.


'RED SHOES & THE 7 DWARFS'
HILARIOUS TEASER IS HERE!
Speaking of Korea, check out the cute teaser for their own animated movie adventure RED SHOES & THE SEVEN DWARFS which 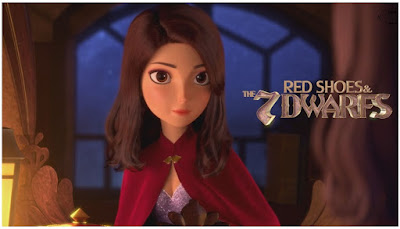 should arrive sometime next year following princes, who have turned into Dwarfs, and who seek the red shoes of a lady in order to break the

curse, although it won't be easy. It is a parody with a twist.Judging from the teasers released so far I think it is being made for adult audiences not for kids :)