'WAR FOR THE PLANET OF THE APES' TRAILER IS HERE! IRENE GUT OPDYKE'S WW2 MEMOIRS TO BECOME A MOVIE! 'PENGUIN BLOOM' TO GET MOVIE ADAPTATION 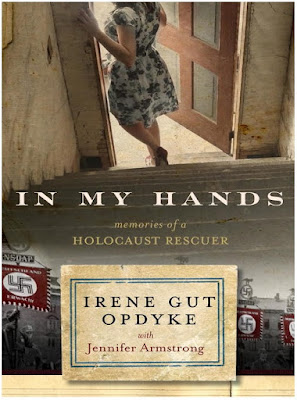 IN MY HANDS: MEMORIES OF A HOLOCAUST RESCUER will be turned into a movie!
As a young Polish Catholic girl she hid 12 Jews in a German officer’s basement without his knowledge. She later made the most personal of sacrifices to protect her friends when their hideout was discovered. After the war, Opdyke found refuge in America and kept her story to herself until 1974. Opdyke then spent most of her later years touring and sharing her story before passing away in 2003.


'PENGUIN BLOOM' TO BE
ADAPTED INTO A FILM
Speaking of adaptations, Reese Witherspoon and Naomi Watts (who will star) have optioned rights on Australian book PENGUIN BLOOM a  true story of a unique little bird that saves a family. Cameron and Sam Bloom and their three boys were an everyday family until a shocking, near fatal accident left Sam paralysed. She fell from a 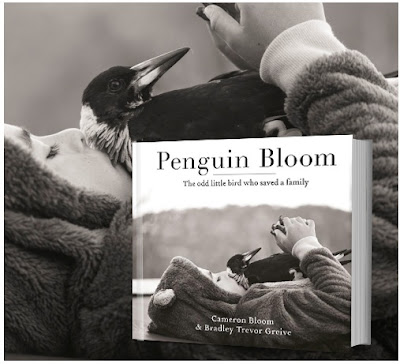 balcony while on holiday in Thailand, and was left paralysed from the chest down. As the family struggled to adjust to her new situation, an unlikely ally entered their lives in the form of an injured Magpie chick which the Bloom clan called Penguin. The wild bird became a mascot for the family.


'WAR FOR PLANET OF APES'
TRAILER HAS BEEN UNLEASHED! 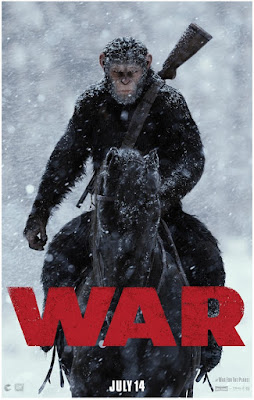 Well, here's something to scare you this weekend: the first trailer for WAR FOR THE PLANET OF THE APES the third instalment in the fantasy saga which should land or possibly ride, as seen on the poster, into cinemas next July! This time Caesar and his ape warriors launch an epic battle against the Colonel played by Woody Harrelson.
In WAR OF THE PLANET OF THE APES, Caesar and his apes are forced into a deadly conflict with an army of humans led by a ruthless Colonel. After the apes suffer unimaginable losses, Caesar wrestles with his darker instincts and begins his own mythic quest to avenge his kind. As the journey finally

brings them face to face, Caesar and the Colonel are pitted against each other in an epic battle that will determine the fate of both their species and the future of the planet.