'VICEROY'S HOUSE' TRAILER
STARRING HUGH BONNEVILLE AND MANISH DAYAL
We've been waiting for this one a very long time indeed: gorgeous first trailer and poster have been released for period set drama VICEROY'S HOUSE out in UK this March (marking the 70 years since India has gained its independence from bloody and ruthless British enslavement) 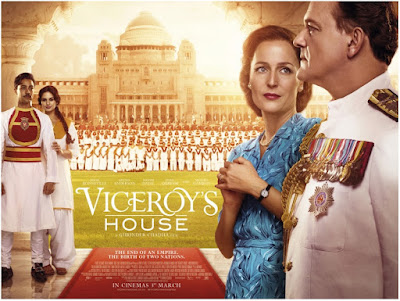 with Hugh Bonneville as Lord Mountbatten and Gillian Anderson as Lady Mountbatten (with the most horridly fake British accent) and Lily Travers, Michael Gambon, Simon Callow and our most beloved Manish Dayal (100 Foot Journey) rounding up the cast!


THE END OF THE DARK RULE
Story is set in Viceroy’s House in Delhi, the home of British invaders and exploiters of India. After 300 years, that dark rule is coming to an 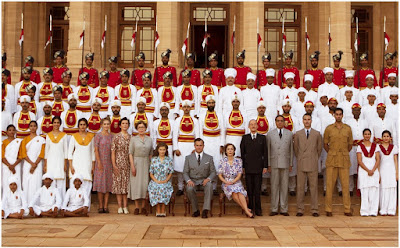 end and for six months in 1947 Lord Mountbatten, great grandson of Queen Victoria, assumed the post of the last Viceroy, charged with

handing India back to its people. The story unfolds within this great house where the Mountbattens lived upstairs and downstairs lived their

500 Hindu, Muslim and Sikh servants. As the political elite converged on the house to wrangle over the birth of independent India, conflict erupted.