'SAME KIND OF DIFFERENT AS ME'
STARRING GREG KINNEAR AND RENEE ZELLWEGER
Two trailers for you this Monday, people, to open up the new working week! First, you can enjoy a new trailer and also a rather 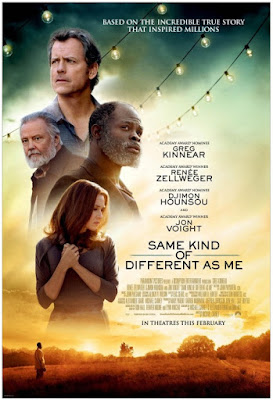 lovely poster for upcoming drama SAME KIND OF DIFFERENT AS ME which should arrive into cinemas next February starring Greg Kinnear, Renee Zellweger (there is no way that you will recognise her until she speaks), Jon Voight and Djimon Hounsou!
SAME KIND OF DIFFERENT follows nternational art dealer Ron Hall (Greg Kinnear) who must befriend a dangerous homeless man in order to save his struggling marriage to his wife, a woman whose dreams will lead all three of them on the journey of their lives. 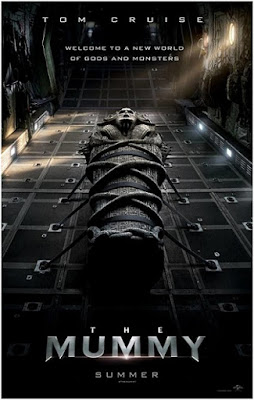 As  I promised you last week, the full trailer for Tom Cruise's new movie THE MUMMY was released last night and it's typical American - let us blow everything into air! Also starring Russell Crowe, Annabelle Wallis and Sofia Boutella, it is out next June!
Thought safely entombed in a crypt deep beneath the unforgiving desert, an ancient queen (Sofia Boutella) whose destiny was unjustly taken from her, is awakened in our current day, bringing with her malevolence grown over millennia and terrors that defy human comprehension. From the sweeping sands of the Middle East through hidden labyrinths under modern day

London, THE MUMMY brings a surprising intensity and balance of wonder and thrills in an imaginative new take that ushers in a new world of gods and monsters.