'THE GREAT WALL'
NEW TRAILER AND POSTERS!
A most delicious treat for you this Sunday, my spylings, coming from one of Asia's biggest film makers, visual genius Zhang Yimou who gave the world 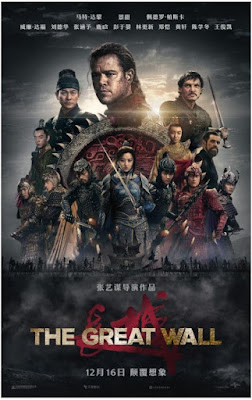 such legendary cinematic miracles as Hero, House of the Flying Daggers and Curse of the Golden Flower: his latest fantasy adventure THE GREAT WALL, the biggest movie (by the size of the production and budget) made so far in China (and also his first English language movie), the land of magnificent epic spectacles! Today you will not just feast your eyes on twelve character posters from the movie, but you can also enjoy the latest international trailer for it which lasts, believe it or not, totally epic 9 minutes! Check it out below our premium spotlight.


A $135 MILLION MOVIE
Scheduled to warm up the cold winter in cinemas this December in China, most of Asia, most of Europe during January, and  then in February in Russia, United Kingdom and United States of America, this 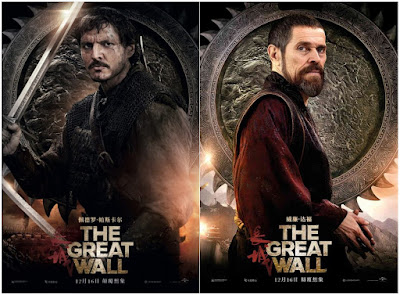 fantasy action movie, which allegedly took about $135 million to be made is  centred on a mystery around  the construction of the legendary Great Wall of China.


1700 YEARS TO BUILD, 5500 MILES LONG! WHAT WERE THEY TRYING TO KEEP OUT?
Set about a 1,000 years into the past the movie stars Matt Damon, Pedro Pascal and Willem Dafoe as a trio of mercenaries from the West who have come to steal gunpowder from the Chinese and maybe a rumoured legendary weapon that they want to use to conquer their 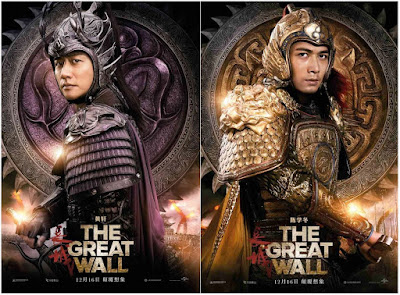 homeland. But when they arrive at THE GREAT WALL they find something they weren’t expecting: As wave after wave of marauding beasts besiege the massive structure, their quest for fortune turns into a 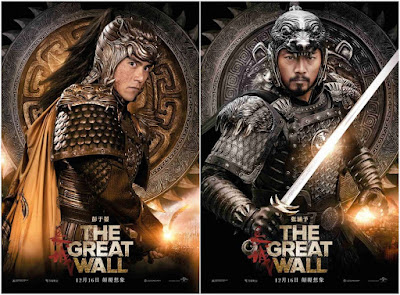 journey toward heroism as they join a huge army of elite warriors to confront this unimaginable and seemingly unstoppable force. The monsters are identified as the Taotie, beasts of great greed from ancient 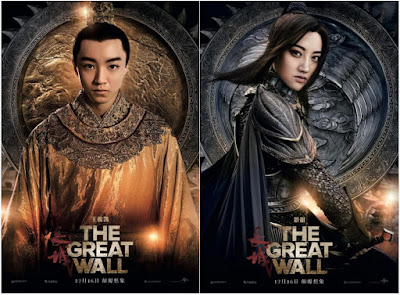 Chinese mythology. A horde of monsters creep up on the wall every 60 years forcing the army to defend it! And that is how humanity’s greatest fight for survival starts under the rocks of THE GREAT WALL of China!


ASIAN STARS IN THE CAST
There was a  big backlash around the casting of Damon in this movie, which was originally supposed to have a much much better choice of Henry Cavill and Benjamin Walker in the lead roles, but as you can see in the trailer he obviously and thankfully does not take a lot of time 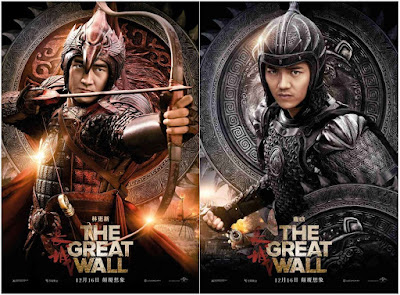 on the big screen in it. The cast also includes a plethora of big Asian stars lead by Andy Lau, Tian Jing, Lu Han, Junkai Wang, and they all play leaders of different armies, equipped with different majestic armours and weapons, who are stationed below THE GREAT WALL 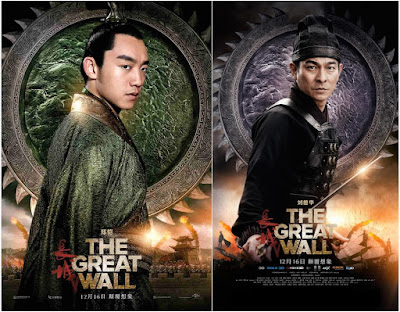 trying to defend it from the sneaky green monsters that are attacking them. Including a Blue, all female flying army of lancers! Since the movie had an international crew, more than 100 on-set translators worked with the various cast and crew members. Ramin Djawadi, who worked on Game of Thrones, Warcraft, Pacific Rim, is composing the music!