'GOODBYE CHRISTOPHER ROBIN'
FIRST PHOTOS REVEALED!
Two movies with similar costumes and similar period settings for you this Saturday, spylings! First you can check out the first photos coming from GOODBYE CHRISTOPHER ROBIN a movie on the man who created famous Winnie the Pooh starring Domhnall Gleeson as famous writer A.A. Milne, Margot Robbie as his wife, with Nico Mirallegro, Stephen Campbell Moore and Richard McCabbe in the cast as well!
GOODBYE CHRISTOPHER ROBIN will be a rare glimpse into the relationship between beloved children's author A. A. Milne (Domhnall Gleeson) and his son Christopher Robin, whose toys inspired the magical world of Winnie the Pooh. Along with his mother Daphne (Margot Robbie), and his nanny Olive, 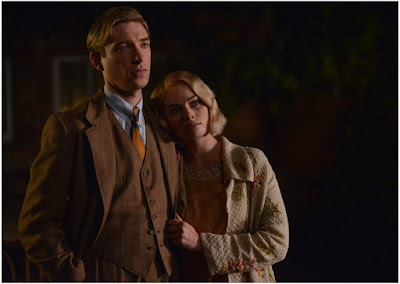 Christopher Robin and his family are swept up in the international success of the books; the enchanting tales bringing hope and comfort to 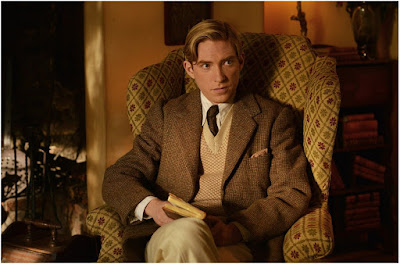 England after the First World War. But with the eyes of the world on Christopher Robin, what will the cost be to the family? You can also check out a new poster for period set drama TOMMY'S HONOUR which, starring our most beloved Brit Jack Lowden, opens in theatres next April.  In every generation, a torch passes from father to son. And that timeless dynamic is the beating heart of TOMMY'S HONOUR - an intimate, powerfully moving tale of the real life founders of the modern game of golf. Beside the always magnificent Jack Lowden, the cast includes two acting legends Sam Neill and Peter Mullan and also Ophelia Lovibond in the lead female role. Sean's son Jason Connery is directing!