Just some sf news for you, beginning with the new cast addition for the TV series remake of LOST IN SPACE: Ignacio Serricchio has joined Toby Stephens who plays the father of the Robinson family, which is forced to come together in a time of crisis. Stranded light years from their intended destination, they find themselves battling a strange new alien environment and also their own personal demons. Ignacio will be Don West, a roughneck smuggling luxury goods on the side who finds in the Robinsons the family he never thought he would find.

'METRO POLIS' TO BECOME MINI TV SERIES
Meanwhile, Mr. Robot creator Sam Esmail will turn Fritz Lang's 1927 sf classic METROPOLIS into a mini series! With $10 million per episode, it will follow a future society where wealthy industrialists rule the vast city from high rise complexes, while a lower class of underground dwelling workers toil to operate the machines that provide its power. Risking everything they know, two star crossed lovers from opposite sides of the divide must find a way to bring down the whole system. 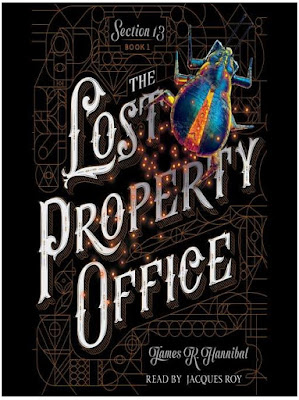 missing things, tests his mettle and searches for his father, who disappeared in London without a trace. He ultimately uncovers that the old man wasn’t who he claimed to be. He was a member of The “Lost Property Office”, a secret magical society of gifted detective “Trackers,” who’ve served the Crown for centuries. Jack’s own membership is his inheritance. He will uncover the great mysteries of London and calamities to come as he tries to bring his father home. To do that he must find what the nefarious Clockmaker is after: the Ember, which holds a secret kept since the Great Fire of London.
Posted by DEZMOND at 1:30 PM