RACHEL WEISZ TO BE A 'MAN'
IN 'SECRET LIFE OF DR JAMES MIRANDA BARRY' ADAPTATION
Not much to report this boring beginning of the week, so I shall entertain you with some of the newly announced movie adaptations! Rachel Weisz

has just been tapped to star in THE SECRET LIFE OF DR. JAMES MIRANDA BARRY Victorian England’s Most Eminent Surgeon by Rachel Holmes! Barry lived her entire life as a man so she could study and practice medicine. She fought for the rights of the lower classes, medical reforms and better sanitary conditions. After becoming an army surgeon and beginning work as a medical assistant in Cape Town, Barry was promoted to the role of personal physician to Governor Lord Charles Somerset. This appointment led to Somerset supporting Barry’s often controversial work, and to a close and eventually scandalous relationship with Somerset, which was widely viewed to be homosexual in nature. While in Cape Town, Barry performed one of the first known successful caesarian sections, saving the lives of both mother and child. Barry’s true gender was not discovered until her death in 1865. 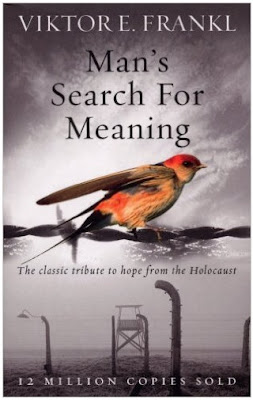 psychiatrist Frankl’s journey of finding meaning and purpose during the darkest days of World War II. He was among those sent to the concentration camps by the Nazis, where he utilized his therapeutic skills to inspire prisoners to fight for their survival by finding meaning in their suffering.
NEIL GAIMAN'S 'THE BUILDING'
Meanwhile, a Neil Gaiman's script will be turned into fantasy TV series. Fox is looking to produce THE BUILDING set in a large skyscraper that moves between alternate realities and a group of young urban explorers who are in the building and suddenly find themselves on an Earth wherein Reagan was not elected and Russia dropped the bomb. They then figure out they have a limited amount of time to 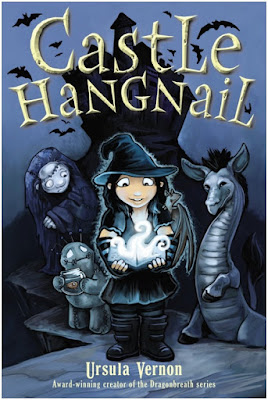 figure out where they are and rescue members of their team before the building shifts again to another reality. They soon realize that this Earth is also different from where they started and getting back may be impossible.
'CASTLE HANG NAIL'
For the younger ones, Disney will make a feature film out of CASTLE HANGNAIL from Ursula Vernon. The story about a 12-year old witch who becomes an unlikely new master to a motley crew of creatures will be adapted by Bill Kunstler.
Posted by DEZMOND at 2:00 PM