JAMES MCAVOY TO STAR IN
'EXTINCTION' SF THRILLER
After starting his career in one of the Dune adaptations and leading the cast in X Men, James McAvoy is returning to the science fiction genre again.

As 'Deadline' reported this week he is negotiating to take the lead role in sf thriller EXTINCTION in which the story revolves around a man haunted by nightmares in which his wife is assaulted and who becomes a hero when Earth is invaded by an army bent on destruction. James McAvoy would play a father and chief mechanic at a factory who realizes those invading might not be what he expected.

In other sf news, Alice Eve is set to star next to Keanu Reeves in REPLICAS in which she would play his wife who dies in a car crash but is then cloned, allowing her memories and mind to live on. 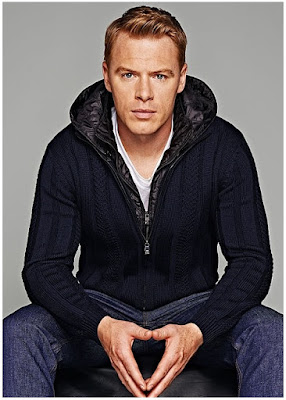 Meanwhile, sf action will also be seen on the big screen in sf thriller RADIUS in which Diego Klattenhoff and Charlote Sullivan are set to take the lead roles. The Memento style thriller centres on a young man who wakes from a car crash with no memory of who he is. As he makes his way into town to look for help, he finds only dead bodies, all with strange pale eyes. At first believing a deadly virus is in the air, he soon discovers the horrific truth which sets in motion an unbelievable chain of events.
Posted by DEZMOND at 7:53 PM