'STRANGE NEW THINGS' SF SERIES
Mindblowing TV news today: while we are waiting for the start of his new historical series Medici: Masters of Florence (also known as Kingdom of Gold, it airs in Italy this October), our most beloved Game of Thrones, Klondike and Cinderella star Richard Madden has been cast as the lead in Amazon's STRANGE NEW THINGS new sf series!
Based on Michel Faber's bestseller The Book of Strange New Things, STRANGE NEW THINGS will see Richard Madden playing Peter, a priest, who is sent into space to help found a new colony but what he ends up discovering not only puts his faith to the test but life as we know it. 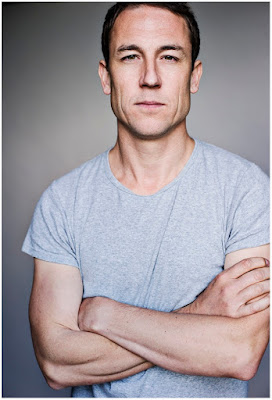 Meanwhile, in other news from the fantasy front: Rome and Outlander star Tobias Menzies, who also appeared in Game of Thrones, will lead the TV series adaptation of THE TERROR novel by Dan Simmons!
The ten episode AMC series will have the story set in 1847, following a Royal Navy expedition crew searching for the Northwest Passage which gets attacked by a mysterious predator that stalks the ships and their crews in a suspenseful and desperate game of survival. It is a fictionalized account of Captain Sir John Franklin’s lost expedition of HMS Erebus and HMS Terror.