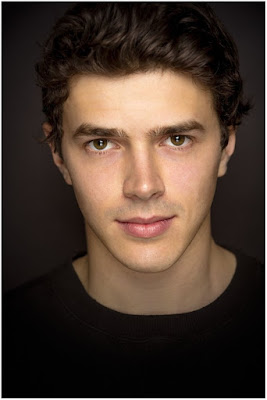 UK and they have new cast additions: Harry Richardson and Tom York will play Demelza's (Eleanor Tomlinson) brothers, while Ellise Chappel will be her cousin.
Her cousin Morwenna will work as a governess at George Warleggan's estate to help her sisters and her mother, but will find out that there may be more important things in life than a sense of duty. Harry Richardson, who was positively delightful this winter in Doctor Thorne, is her brother Drake, a good natured free-spirit who is searching for his own place in the world and is unwilling to settle for anything, especially when it comes to his romantic life. Tom York, whom we watched in SyFy's godawful crap of a show Olympus is Demelza's other 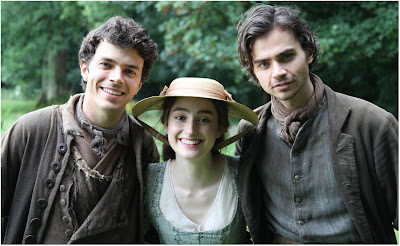 brother Sam, who wants to follow in his father's footsteps and spread the word of the Methodists. Only, it may prove a little hard to stick by his convictions when his own brother falls so easily into the way of temptation.


FIRST 'THE EXCEPTION' CLIP
WITH CHRISTOPHER PLUMMER, JAI COURTNEY, LILI JAMES
And in other news from the period set projects, check out the first clip from THE EXCEPTION (previously known as Kaiser's Last Kiss) with Christopher Plummer, Jai Courtney, Lily James and Janet

McTeer! Depicting the evil German Kaiser Wilhelm II’s post-WWI exile in the Netherlands the movie sees Jai Courtney playing a German soldier who tries to determine if the Dutch resistance has planted a spy

to infiltrate the home of Kaiser Wilhelm in Holland during the onset of World War II, but falls for a young Jewish Dutch woman during his investigation.