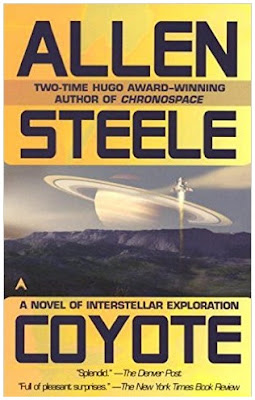 Here's another sf book series to be turned into a television series: as 'Deadline' reports Allen Steele's Hugo Award winning five book sf saga COYOTE will be made into a sf show. The story is set in the not too distant future, in an America that has slipped steadily into fascism. The stories kick off when a group of revolutionaries hijack Earth’s first interstellar spaceship destined for the nearest habitable planet. The hostile and divided crew must unite to rebuild society on a strange new world 46 light years from Earth.


'IRON DANGER' TRAILER
SF ADAPTATION OF KALEVALA EPIC
And to finish today's news in the sf vein, check out a rather gorgeous and wildly imaginative trailer and 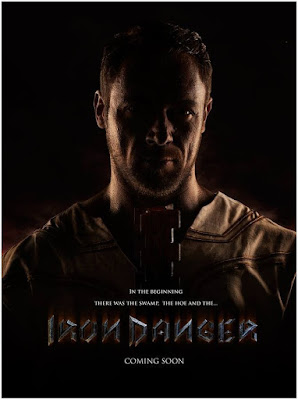 posters for new sf movie IRON DANGER a 21th century big screen version of famous Finnish epic Kalevala which even famous Tolkien was inspired by!
STEAM PUNK FANTASY
A bold retelling of the ancient Viking epic – a modern action adventure based on the magical civilization of Kalevala, which combines fantasy and steam punk elements, IRON DANGER will now see Kalevala's main character Väinämöinen as a ripped, muscle bound hero. Armed with a hoe, he faces off against mechanical 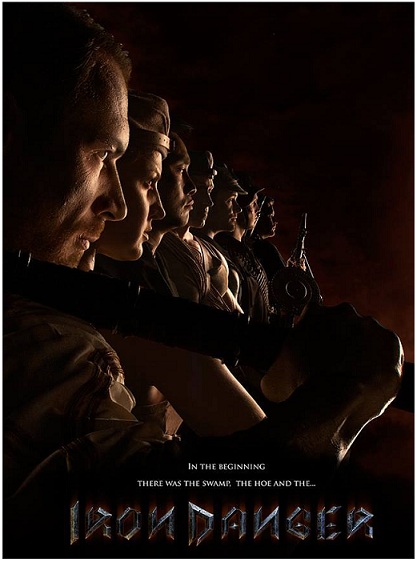 ‘tank bears’ ridden by the gatekeeper of a northern fortress that houses a precious magical artefact. The movie should be out in 2017 coinciding with Finland’s 100th anniversary of independence!