NEW 'MOANA' TRAILER
FOR DISNEY ADVENTURE
Two trailers for you today! Straight from Disney today a new trailer for their new animated adventure MOANA has swum up together with 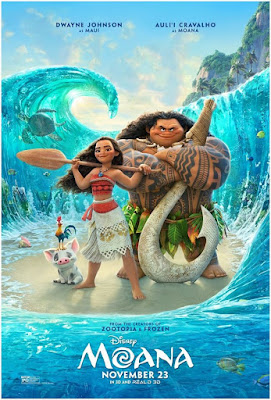 a new poster! The movie is out this November.
With voices from Dwayne Johnson and Nicole Scherzinger, MOANA follows an adventurous teenager who sails out on a daring mission to save her people. During her journey, Moana meets the mighty demigod Maui, who guides her in her quest to become a master wayfinder. Together, they sail across the open ocean on an action packed voyage, encountering enormous monsters and impossible odds, and along the way, Moana fulfills the ancient quest of her ancestors and discovers the one thing she's always sought: her own identity. 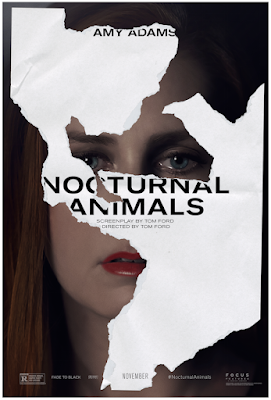 There is also the first trailer for Tom Ford's highly stylised thriller drama NOCTURNAL ANIMALS  starring Amy Adams, Jake Gyllenhaal, Aaron Johnson, Michael Shannon, Isla Fisher, Armie Hammer and out this November.
The big screen adaptation of the 1993 novel by Austin Wright, NOCTURNAL ANIMALS is a story about a successful Los Angeles art gallery owner whose life is jarred when she receives a manuscript written by her first husband, who she has not seen in years. As the woman reads the book, she is forced to face the dark past.