'KEVIN CAN WAIT'
AT CBS WITH KEVIN JAMES! 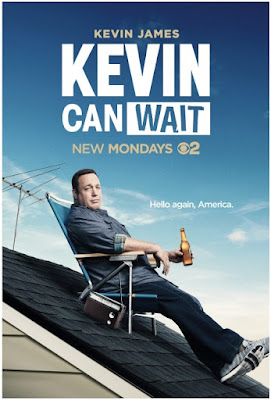 To cheer up your Sunday, the spy is introducing you to the comedy shows we will be watching this new season, because, in case you haven't noticed, September has already crept upon us! Starting Monday, September 19th over at CBS is multi camera sitcom KEVIN CAN WAIT in which Kevin James stars as a newly retired police officer looking forward to spending carefree, quality time with his wife and three kids, only to find he faces tougher challenges at home than he ever did on the streets!  His dream is jeopardized when he discovers that Donna, his wonderful wife of 20 years, has shielded

him from key family info while he worked overtime protecting the community. 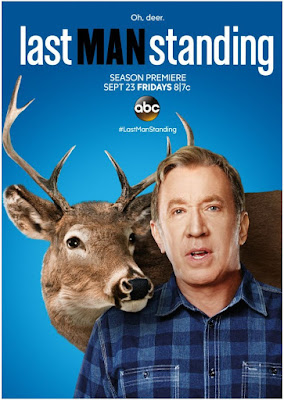 now well over the total of more than 100 episodes!  Allen's Mike Baxter is facing many changes in the family, from his older daughter who has bought her first house with his son in law, to his middle daughter who is getting married with his assistant, to his youngest daughter who will move out to pursue a music career. His wife (Nancy Travis) is, meanwhile, facing a teacher strike in Denver, while Jay Leno will guest star in the new season as well as the mechanic in Mike's company Outdoor Man. And you can, of course, expect Mike's political comments on presidential elections and everything that is bothering a simple man in a politically correct world!

'THE GREAT INDOORS'
STEPHEN FRY & JOEL MCHALE
Another new multicamera sitcom to start over at CBS this season, October 27th, is THE GREAT INDOORS! Joel McHale stars in this insightful and timely comedy about a renowned adventure reporter 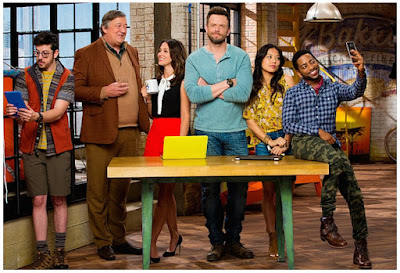 who has spent his life exploring the edges of the earth. Now that he’s taken a desk job in the digital department of the magazine, he must 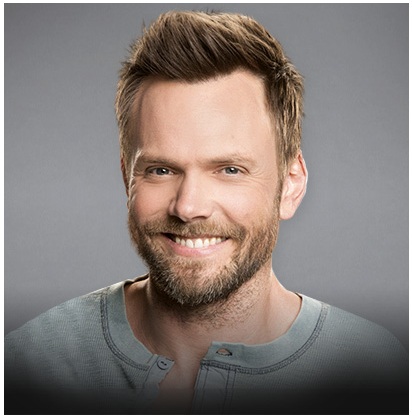 adapt to the times and his new world. He’s struggling to grasp the lingo of online click-bait and listicles, but his real challenge is in understanding his staff of millenials who write about the great outdoors 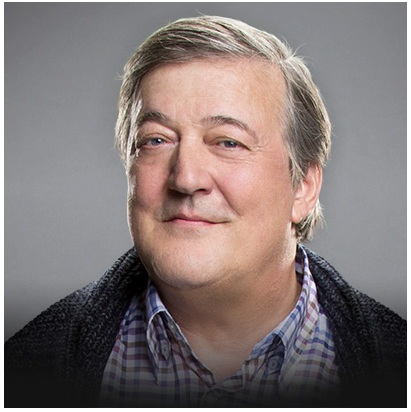 but never actually set foot outside. Acting legend Stephen Fry will play Roland: an outdoorsman in his own right and founder of the magazine!