A week ago I reported that Maggie Smith's son Toby Stephens is to play the lead role in the TV series remake of LOST IN SPACE and now he has a wife: Molly Parker will play the female lead in the Netflix sf series about the Robinson family, who is stranded in space light years from their intended destination, battling a strange new alien environment and their own personal demons. She will play Maureen Robinson a fearless and brilliant aerospace engineer who makes the decision to bring her family to space for a chance at a new life on a better world. Stephens is her husband, astrophysicist and the expedition commander. Maxwell Jenkins and Taylor Russell play their kids.


'THE LUNCH WITCH' YA NOVEL
GETS MOVIE ADAPTATION!
When it comes to adaptations, Clay Kaytis will turn Deb Lucke's YA novel THE LUNCH WITCH into a movie. For many generations, the women of 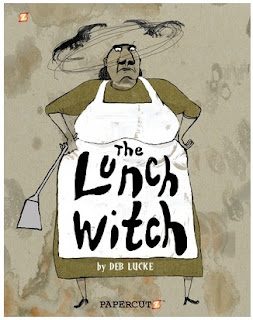 Grunhilda’s family have stirred up trouble in a big, black pot. Grunhilda inherits her famous ancestors’ recipes and cauldron, but no one believes in magic anymore. Despite the fact that her only useful skill is cooking up potfuls of foul brew, she finds a job listing that might suit her: lunch lady. Grunhilda delights in scaring the kids until she meets a timid little girl named Madison with a big set of glasses who becomes an unlikely friend. Madison needs help at school and at home, but helping people goes against everything Grunhilda’s believes in as a witch. Will this girl be able to thaw the Lunch Witch’s icy heart? Or will Grunhilda turn her back on a kindred spirit? 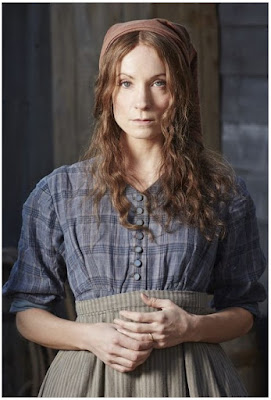 Only two weeks ago I've shown you two new trailers with Downton Abbey star Joanne Froggatt and now here's another one: for ITV's two part period set thriller DARK ANGEL, the extraordinary true story of the Victorian poisoner Mary Ann Cotton!
FEMALE SERIAL KILLER
At first a loving wife and mother, faced with abject poverty and an ailing husband, she becomes ruthlessly determined female serial killer, a poisoner whose methods leave no visible scars, allowing her tally of victims to mount unsuspected by a Victorian society unable to conceive of a woman 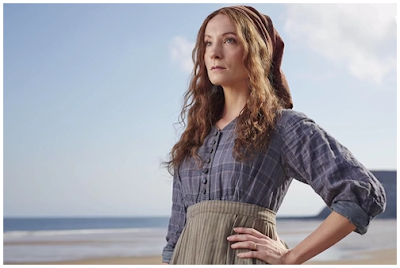 capable of such terrible crimes. Travelling around the North East, she insinuates herself into unsuspecting families, marrying and creating new families of her own - before killing them, taking their money and 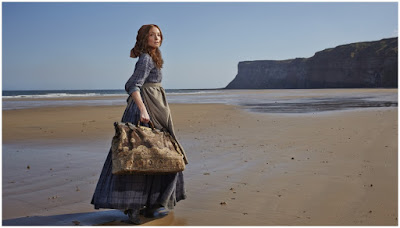 moving on. Through adultery, bigamy, fraud and murder, Mary Ann betters herself socially and financially. But the more she kills, the greater the risk her crimes will finally be exposed. Also starring Jonas Armstrong and Sam Hoare, it will air on PBS in USA too!