Here's a new period set series for us: USA is preparing a pilot episode for DAMNATION TV series, an epic saga of the secret history of the 1930s American heartland, chronicling the mythic conflict and bloody struggle between big money and the downtrodden, God and greed, charlatans and prophets.
The pilot centres on Seth Davenport (Aden Young), a man masquerading as a small town Iowa preacher in the hopes of starting a full blown insurrection against the status quo. Focused on his mission, he is unaware that an industrialist tycoon has hired a professional strikebreaker named Creeley Turner (Logan Marshall Green) to stop the uprising by any means necessary. But unbeknownst to those around them, these two men already share a secret bloody past. Also in 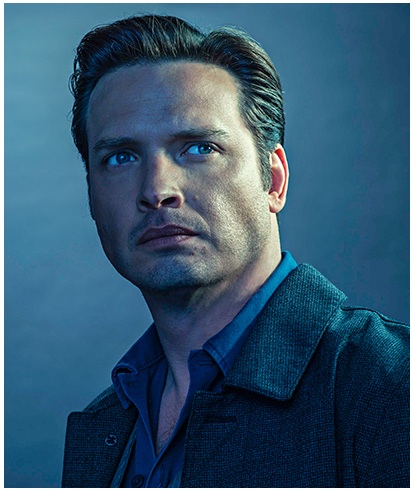 the cast are Sarah Jones as the preacher's wife, Chasten Harmon as a Machiavellian prostitute,  Christopher Heyerdahl as the local sheriff, and Melinda Page Hamilton as one of the strikebreakers.

Another delicious piece of news comes from the upcoming remake of famous LOST IN SPACE sf TV series which will be toplined by Toby Stephens!
The ten episode series to air at Netflix in 2018 follows the Robinson family, who is forced to come together in a time of crisis. Stranded in space light years from their intended destination, they find themselves battling a strange new alien environment and also their own personal demons. Toby Stephens will play the father, astrophysicist John Robinson, the expedition commander, little Maxwell Jenkins will play his youngest child with Taylor Russell as his eldest daughter! Dracula Untold scribes have written the scripts for the new show! 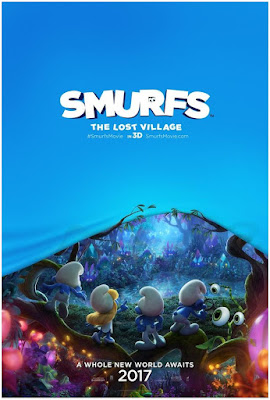 Holy Smurf! The first trailer for the latest fully animated adventure SMURFS: THE LOST VILLAGE has been released into the woods! Smurfing its way into theatres next April, it will see a mysterious map setting Smurfette (Demi Lovato) and her best friends Brainy, Clumsy and Hefty (Joe Manganiello) on an exciting and thrilling race through the Forbidden Forest filled with magical creatures to find a mysterious lost village before the evil wizard Gargamel does. Embarking on a roller coaster journey full of action and danger, the Smurfs are on a course that leads to the discovery of the biggest secret in Smurf history!