'A STREET CAT NAMED BOB'
SOMETIMES IT TAKES NINE LIVES TO SAVE ONE
Two wonderfully heart warming British movies for you today, both based on unbelievable true stories! Let us start with the big screen adaptation of the 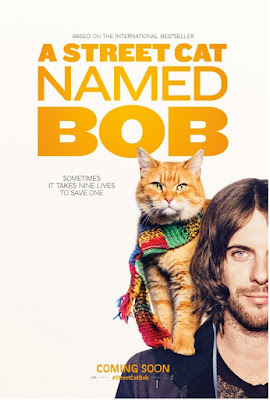 best selling book A STREET CAT NAMED BOB by James Bowen. Out this November, it stars Luke Treadaway, Joanne Froggatt and Anthony Head and Bob the cast as himself! Although, as a leading star, Bob the cat had many stunt double cats, he played most of the role himself  as a true feline thespian.
Based on the international best selling book it brings the inspiring and true feel good story of how James Bowen, a busker and recovering drug addict, had his life transformed when he met a stray ginger cat.


MOVING 'STARFISH' TRAILER
WITH OUTSTANDING TOM RILEY
Much more shocking, but also even more inspiring is the true story movie STARFISH in which our most beloved Da Vinci's Demons and 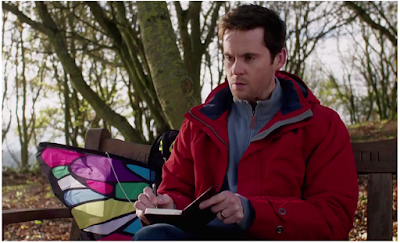 diagnosed with a rare and brutal disease which shockingly and suddenly leaves him without hands, legs and mouth!!! British actress

Joanne Froggatt plays in this one as well, as his wife. This deeply moving film is out this October in UK.