The greatest of news, people! One of our most beloved Irish hunks Jamie Dornan is in talks to star in ROBIN HOOD: ORIGINS according to 'The Hollywood Reporter'! The not so great news: he won't be playing the hood wearing Robin even though he is kinda the biggest star in the cast. If he accepts the role in the film in which young Tarton Egerton is to play Robin, Dornan would play Will Scarlett!
In Lionsgate's version of the Robin Hood legend, to be directed by Otto Bathurst, Jamie Foxx will play Little John and Eve Hewson will portray Maid Marian!  Jamie Dornan would play Will Scarlett, one of Robin's brave Merry Men who is the hot headed wearer of fine clothes and the best swordsman of the bunch. In this version of the legend, which starts shooting in Hungary in January, he is Marian’s husband, who will be none too happy when he learns that she loves the outlaw.


'THE WHOLE TRUTH' TRAILER
STARRING KEANU REEVES
Two trailers for you today, the first one for a new Keanu Reeves drama movie THE WHOLE TRUTH 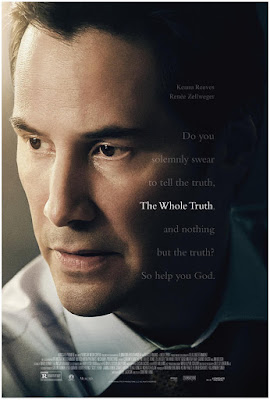 which is out next month.  Defense attorney Richard Ramsay (Keanu Reeves) takes on a personal case when he swears to his widowed friend, Loretta Lassiter (Renée Zellweger), that he will keep her son Mike (Gabriel Basso) out of prison. Charged with murdering his father, Mike initially confesses to the crime. But as the trial proceeds, chilling evidence about the kind of man that Boone Lassiter (Jim Belushi) really was comes to light. While Ramsay uses the evidence to get his client acquitted, his new colleague Janelle (Gugu Mbatha Raw) tries to dig deeper. And he begins to realize that the whole truth is something she alone can uncover. 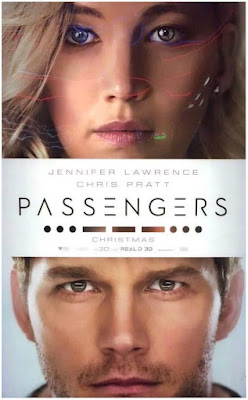 The first trailer has also finally been released for sf adventure PASSENGERS with Chris Pratt and Jennifer Lawrence which  takes place on a space ship transporting thousands of people to a distant colony planet in suspended animation. The trip takes a deadly turn when Jim and Aurora’s (Pratt and Lawrence) hibernation pods awaken them 90 years before anyone else. As Jim and Aurora look into the malfunction, they fall deeply in love while the ship starts falling apart and they have to try and save the other passengers.The movie's launch is set a few days before Christmas this December. It is interesting that the above mentioned Keanu was the original star of this movie.