JUDE LAW IS OFFICIALLY
'THE YOUNG POPE'!
It seems that fictional realities are trendy these days on TV, so after the success of E!'s THE ROYALS, which follows a fictional British royal 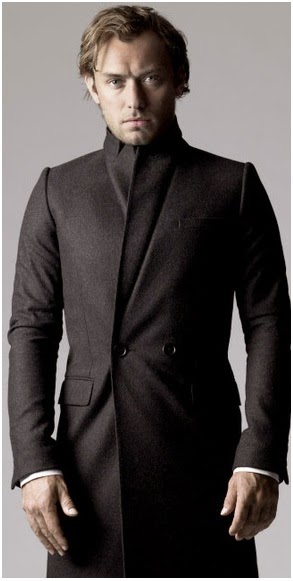 family, now we are getting a fictional pope too! I've already mentioned earlier this year that Jude Law is in negotiations to take the lead role in THE YOUNG POPE eight episode TV series, but now it has been officially confirmed! In the Paolo Sorrentino's series he will be fictional pope Lenny Belardo, the first Italian American pope in history. He is a conservative American pontiff, recruited for the role by a Vatican which has become fed up with liberal Popes. But he is full of compassion for the weak and the poor. Sky, Canal+ and HBO are producing.


'CONTAINMENT' NEW TV SHOW
FIRST POSTERS & TRAILER WITH CHRIS WOOD & GEORGE YOUNG
Another new series coming to CW this Autumn will be CONTAINMENT (previously much better known as CORDON)!  When a mysterious and deadly epidemic breaks out in 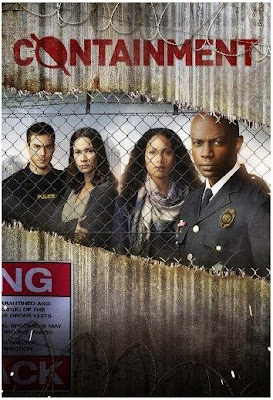 Atlanta, a vast urban quarantine is quickly enforced, forcing those stuck on the inside to fight for their lives while local and federal officials desperately search for a cure.
Trying to keep the peace on the streets is police officer Lex Carnahan (David Gyasi), whose job becomes even harder when he learns that his longtime girlfriend, Jana (Christina Moses), and his best friend and fellow officer Jake (Chris Wood), are trapped within the cordoned area. Also quarantined in viral ground zero is 17 year-old Teresa, who is eight months pregnant and now separated from her boyfriend on the other side; Katie Frank (Kristen Gutoskie), an elementary school teacher now placed on lockdown with her entire 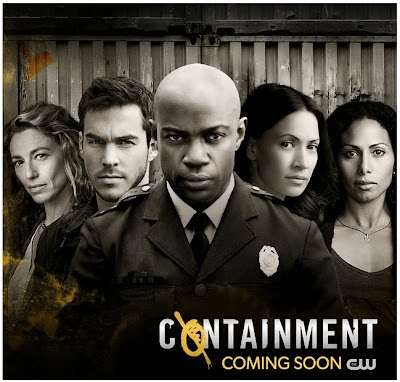 class, and CDC researcher Dr. Victor Cannerts (George Young), the doctor who initially made the controversial call to quarantine the area and is now racing to find a cure for the virus.  Torn apart from their loved ones, the survivors trapped within the cordon are fighting against not only fatal infection, but also isolation, fear, and the disintegration of society around them.
Posted by DEZMOND at 1:00 PM