LUC BESSON TO ADAPT
VALERIAN AND THE CITY OF THOUSAND PLANETS
In his first tweets ever, French director Luc Besson has revealed today that this December he will start production on the big screen 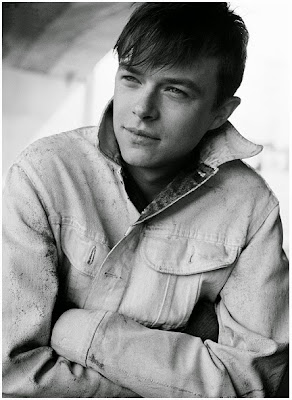 adaptation of VALERIAN AND THE CITY OF A THOUSAND PLANETS science fiction graphic novel! Dane DeHaan and Cara Delevigne are set to lead the cast. As 'Deadline' reports they will play Valerian and Laureline in the adaptation of the original story, which centred on a pair of spatio temporal agents who help defend a utopian 28th century Earth and its neighbouring planets from bad guys, with the pair’s adventures rooted in space opera and time travel themes not so much unlike Besson's 'Fifth Element'!


DOUGLAS BOOTH VENTURES
INTO 'A STORM IN THE STARS' 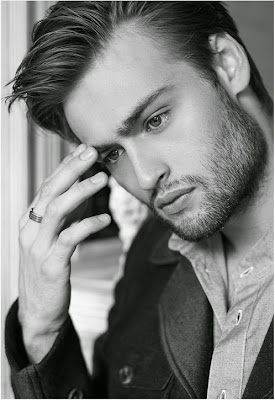 Meanwhile, ROMEO AND JULIET, JUPITER ASCENDING and NOAH's  Douglas Booth play poet Percy Shelley in Haifaa Al-Mansour’s  A STORM IN THE STARS joining Elle Fanning and Bel Powley! This brand new take on the unconventional life of 18 year-old Mary Shelley, charts Mary’s tempestuous love affair with charismatic poet Percy Shelley, her notorious trip to Lake Geneva with Lord Byron and the rocky road that made her into an icon. It remains to be seen who will play Byron in the movie which starts production later this year! 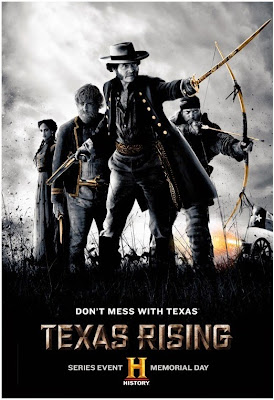 Something premiering at History Channel worldwide on May 25th is dynamic new historical series TEXAS RISING which will depict the formation of the legendary Texas Rangers during the state's revolution against Mexico in five episodes. In 1836, west of the Mississippi was considered the Wild West and the Texas frontier was viewed as hell on earth. Crushed from the outside by Mexican armadas and attacked from within by ferocious Comanche tribes, no one was safe. But this was a time of bravery, a time to die for what you believed 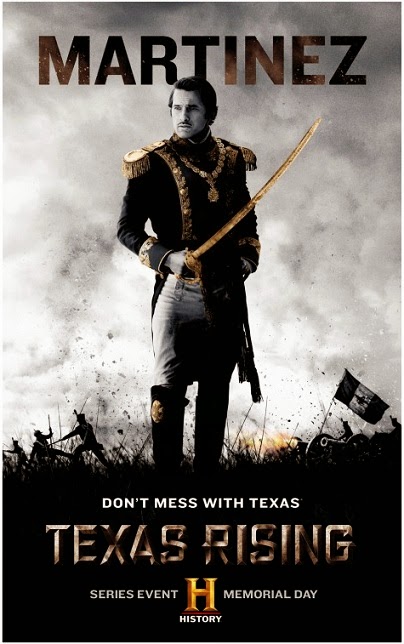 in and a time to stand tall against the cruel rule of the Mexican General Santa Anna (Olivier Martinez). General Sam Houston (Bill Paxton), the rag tag Rangers and the legendary “Yellow Rose of Texas” lead this 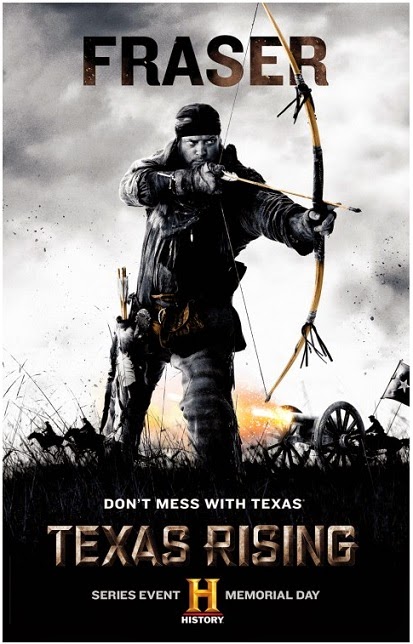 story of the human will to win against insurmountable odds. At the end, the Texas flags stood tall and victorious, claiming a piece of history for 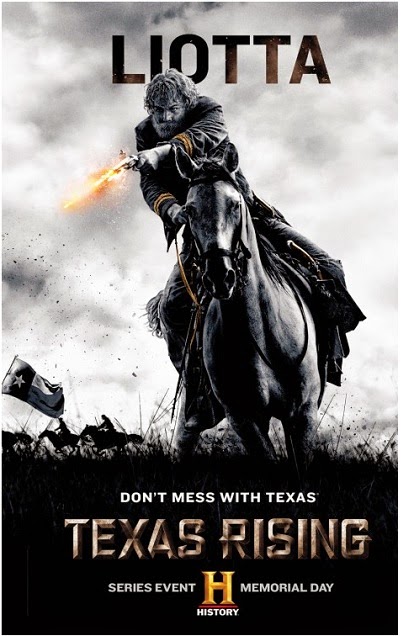