'SUPERGIRL' TV SERIES
TRAILER HAS BEEN RELEASED
CBS has released the first, rather long, trailer for their upcoming new TV series SUPERGIRL which will see young Melissa Benoist playing 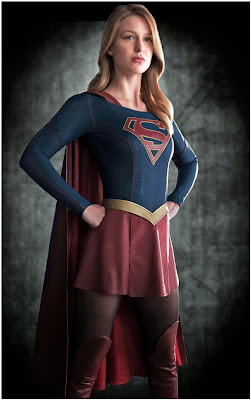 the super heroine on  Monday nights this November! She plays the Kryptonian refugee Kara Zor-El, who decides to embrace her powers after a lifetime of hiding on earth under the name Kara Danvers. Kara's civilian life includes working for the demanding Cat Grant (Calista Flockhart) at the media conglomerate CatCo along with photographer Jimmy Olsen (Mehcad Brooks). The journey for Kara to become SUPERGIRL will see her cross paths with Toyman (Jeremy Jordan), the alien convict Vartox (Owain Yeoman) and secretive government agent Hank Henshaw (David Harewood).

ITV ORDERS 'JERICHO'
19TH CENTURY TV SERIES
And I have a bunch of TV news coming from UK, starting with ITV ordering JERICHO historical series! Set in the 1870s, it will focus on the

shantytown of Jericho, home to a community that will live, thrive and die in the shadow of the viaduct they’ve been brought together to build. Pioneers, settlers and outcasts, they include people with secrets to hide and those looking to start again. One of the central characters is Annie Quaintain (Jessica Raine), who refuses to let tragedy define her. After being disgraced by her husband, she arrives in JERICHO with her two children; there she meets Ralph Coates (Clarke Peters), a self-styled railway agent skilled at reading people. She also encounters Johnny Jackson (Hans Matheson), also new to Jericho.
BBC TO ADAPT 'PLACE OF GREATER SAFETY' INTO EPIC SERIES
Meanwhile, after rather bland and uninspired WOLF HALL BBC is going to adapt Hilary Mantel's A PLACE OF GREATER SAFETY too into TV series. RIPPER STREET creator Richard Warlow will adapt the 18th century story based on Georges Danton, Camille Desmoulins and Maximilien Robespierre's involvement in the French Revolution. 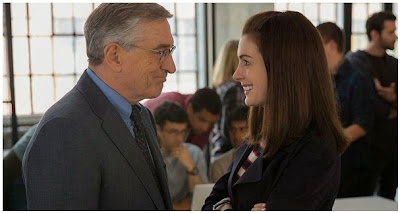 all it's cracked up to be. Seizing an opportunity to get back in the game, he becomes a senior intern at an online fashion site, founded and run by Anne Hathaway.
Posted by DEZMOND at 1:30 PM