SAM CLAFLIN IN 'HUNTSMAN'
WITH CHRIS HEMSWORTH, EMILY BLUNT AND CHARLIZE THERON
One of our dearest of the young British actors, delightful Sam Claflin is eyeing a role in his fourth major movie franchise (beside PIRATES OF THE CARIBBEAN, HUNGER

GAMES and STAR WARS): he will return to his original role in SNOW WHITE prequel THE HUNTSMAN. Even though the Snow White has been kicked out of the picture (a joyful news given how bad Kirsten Stewart was in the role), Sam Claflin will again play prince William whose kiss awoke her from her death. He will again return in a smaller part, in the prequel which will now explain how THE HUNTSMAN (Chris Hemsworth) and Queen Ravenna (Charlize Theron) have first met. Emily Blunt is supposed to play another villainous queen, while Jessica Chastain will be Huntsman's first love. I've informed you recently that the film will have female dwarves for the first time played by Sheridan Smith and Alexandra Roach.
AND IN ROBIN FRIDAY
It has also been announced today that Sam Claflin will take the lead role in ROBIN FRIDAY biopic playing the controversial and wild 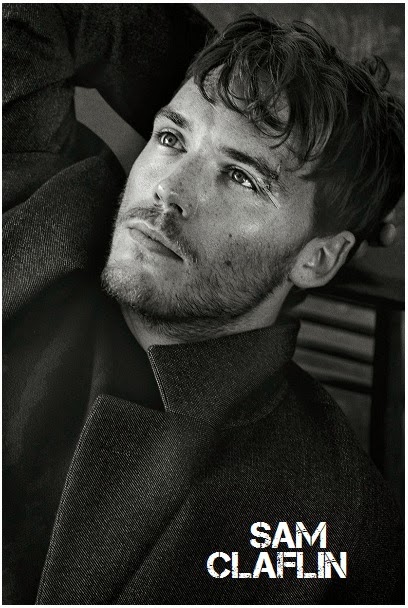 English soccer legend who played for Reading and Cardiff, Wales in the 1970s and died tragically at the young age of thirty eight.


'FREEDOM' EPIC TRAILER
FOR CUBA GOODING JR. DRAMA
Meanwhile, we shall finish this week with the trailer for historical drama FREEDOM which is out this June, starring Cuba Gooding Jr. and William Sadler! In 1856 a slave, Samuel Woodward and his family, escape from the plantation. 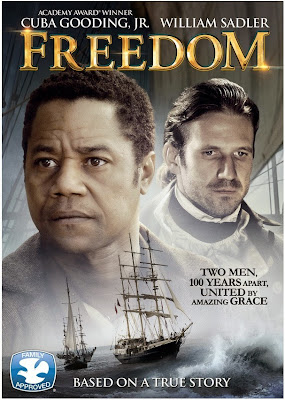 A secret network of ordinary people known as the Underground Railroad guide the family on their journey north to Canada. They are relentlessly pursued by the notorious slave hunter Plimpton. Hunted like a dog and haunted by the unthinkable suffering he and his forbears have endured, Samuel is forced to decide between revenge or freedom. 100 years earlier in 1748, John Newton the Captain of a slave trader sails from Africa with a cargo of slaves, bound for America. On board is Samuel's great grandfather whose survival is tied to the fate of Captain Newton. The voyage changes Newton's life forever and he creates a legacy that will inspire Samuel!
Posted by DEZMOND at 2:00 PM