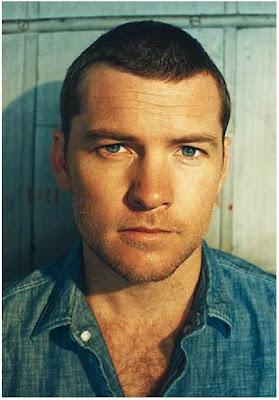 and earlier last winter we announced that Octavia Spencer will play the God in it, and now 'Empire' reports that Australian hunk Sam Worthington has joined the movie in the lead role as a man whose youngest daughter is kidnapped during a family holiday. Evidence turns up in an abandoned shack to suggest she was murdered, which stymies the case. But then, four years later, he receives a note, apparently from God, inviting him to go back to the ruined building. He accepts, against his better judgement, and what he finds there changes his life forever.

Well, this is quite a strong cast for a film we've never heard of before and it shoots this month! 'Deadline' reports that  John Cleese and Debra Messing have joined the cast of fantasy film ALBION: RISE OF THE DANANN, in which Cleese will play the villian, a tyrannical leader of Albion while Messing will portray the queen. SPARTACUS star Liam McIntyre and Daniel Sharman also star in the film about a 12-year-old girl (Avery Rath) who is carried away to a faraway land on a magical horse. Stephen Dorff will portray her father, while Jennifer Morrison appears as a psychologically fractured woman in the alternate universe. 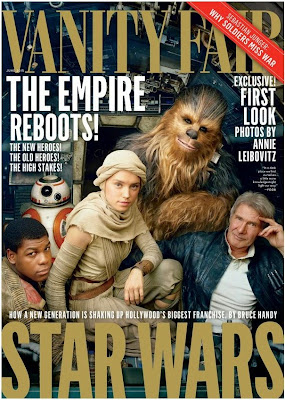 May the 4th truly be with you! Oh, my, does Vanity Fair have a treat for all of you STAR WAR fans! In the latest issue they feature a bunch of new photos from STAR WARS: THE FORCE AWAKENS showing not just Harrison Ford, Daisy Ridley, John Boyega, and everybody's favourite Chewbacca, but also a bunch of new aliens that will populate the exotic new worlds. There is also a photo of Adam Driver as Sith Lord Kylo Ren and Oscar Isaac as X-Wing fighter Poe 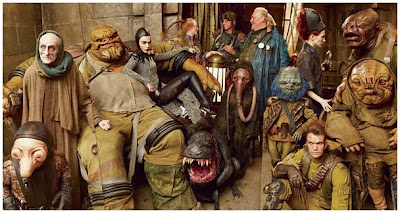 Dameron posing for this exclusive and rather luxurious Annie Leibovitz photo shoot for 'Vanity Fair'! 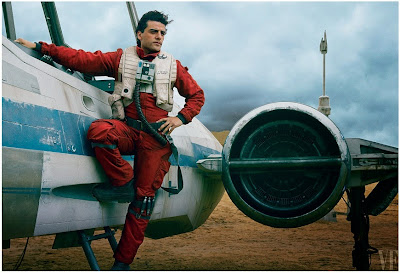 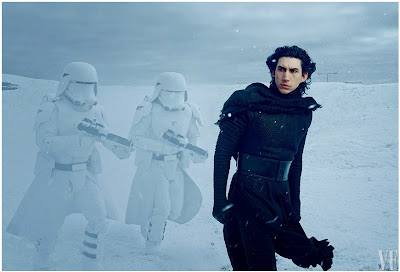 is continuing the Star Wars saga where Return of the Jedi left off, with Luke Skywalker aiming to restore the Jedi Order while Leia and Han

Solo work with the New Republic against the remnants of the Galactic Empire and a new potential threat.