'RICKI AND THE FLASH' TRAILER
MERYL STREEP AS ROCK STAR 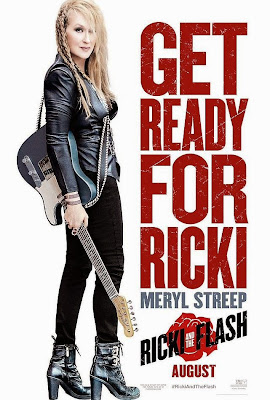 Two comedy trailers for you today, starting with Meryl Streep as an ageing rocker in RICKI AND THE FLASH which is out this August. The original and electrifying film is loaded with live musical performances, which the actress performed herself. Meryl Streep stars as Ricki Rendazzo, a guitar heroine who made a world of mistakes as she followed her dreams of rock-and-roll stardom. Returning home, Ricki gets a shot at redemption and a chance to make things right as she faces the music with her family. Kevin Kline and Sebastian Stan also star!

'VACATION' REMAKE TRAILER
ED HELMS & CHRIS HEMSWORTH
The second comedy trailer is for the remake of the 80's classic movie VACATION this time starring Ed Helms in the lead role.  The next generation of Griswolds is at it again, and on the road for another 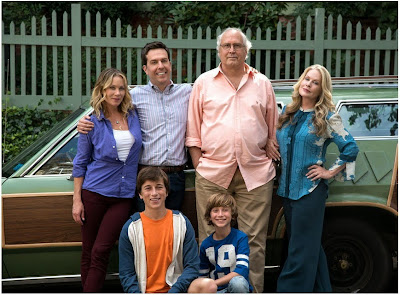 ill-fated adventure. Following in his father’s footsteps and hoping for some much needed family bonding, a grown-up Rusty Griswold (Ed Helms) surprises his wife, Debbie (Christina Applegate), and their 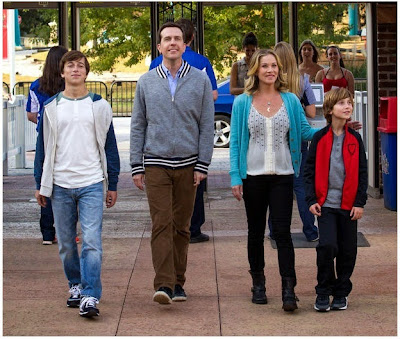 two sons with a cross- country trip back to America’s “favorite family fun park” Walley World. Chevy Chase, Beverly D'Angelo and Chris Hemsworth  also star in the movie out this July.
Posted by DEZMOND at 2:00 PM