Well, he's never been in a superhero flick, but now he will star in one... not with super powers, though. Chris Pine is, apparently, negotiating to take the lead male role next to Gal Gadot in WONDER WOMAN movie. He would play her love interest and boyfriend Steve Trevor. He is a World War II pilot whom she saves when he crash lands in Amazon and later on becomes her boyfriend when she, under the name of Diana Prince, comes to live in the modern civilization. Scott Eastwood was previously rumoured for the role, but he opted for a role in SUICIDE SQUAD. The movie is out summer 2017. Chris will be busy this summer shooting STAR TREK 3.

first contact with the land and native tribes of the country west of the Mississippi River!  Tanaya Beatty, Stephen Hill, Creed Garnick and Aidan Kahn have joined the series which follows the epic journey of the Corps of Discovery and its captains, Meriwether Lewis (Casey Affleck) and William Clark (Matthias Schoenaerts), who traverse uncharted territory on a mission to deliver President Jefferson’s message of sovereignty as they search for his fabled all-water route to the Pacific. Tanaya Beatty will play Sacagawea, young woman of the Lemhi Shoshone tribe, who became an interpreter for the expedition. The other three actors will be members of the team alongside Josh Stewart and Parker Croft. 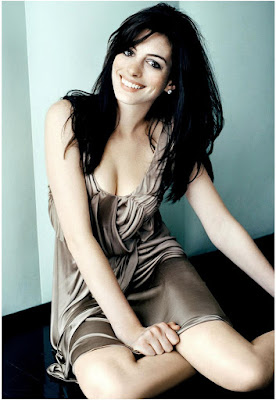 Meanwhile, Deadline reports that Joe Wright might direct the big screen adaptation of Charlotte Rogan's book THE LIFEBOAT with Anne Hathaway attached to star! It’s about a young bride turned widow standing trial in 1914 for murder. The story recounts how with the help of her new husband she survived the sinking of the Empress, a transatlantic ocean liner. She finds herself on a lifeboat, only to discover there are too many people on board, leading to a moral crisis as to who stays and who has to go.
Posted by DEZMOND at 1:30 PM