'ME BEFORE YOU' ADAPTATION
JENNA COLEMAN, CHARLES DANCE JOIN EMILIA CLARKE AND SAM CLAFLIN IN THE CAST

One of our most anticipated of the new book adaptations Jojo Mojes ME BEFORE YOU has  new cast members: Jenna Coleman (DR WHO) and Charles Dance (GAME OF THRONES, it is interesting that Coleman has been dating Dance's GOT fellow cast member Richard Madden for four years now) will join another GOT star Emilia Clarke and Sam Claflin in the story of two very different characters: Lou (Emilia Clarke), a small town girl caught between dead end jobs and Will (Sam Claflin), a high profile, successful man who becomes wheelchair bound following an accident. Will has decided his life is not worth living until Lou is hired for six months to be his new caretaker. Worlds apart and trapped together by circumstance, the two get off to a rocky start. Lou becomes determined to prove to Will that life is worth living and as they embark on a series of adventures together, each finds their world changing in ways neither of them could begin to imagine.


'CLOSER TO THE MOON' TRAILER
WITH MARK STRONG, HARRY LLOYD AND VERA FARMIGA 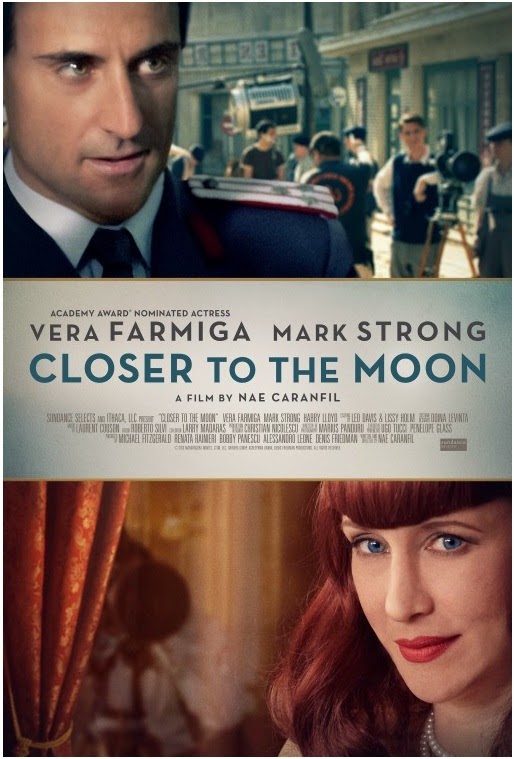 Your trailer this Sunday is for a movie which is only now getting into UK and USA (in limited release this April) cinemas: CLOSER TO THE MOON starring Mark Strong, Harry Lloyd (another GOT star today), Vera Farmiga, Joe Armstrong, is set  in 1959 Bucharest and the story is following a Romanian police officer who teams up with a small crew of old friends from the World War II Jewish Resistance to pull off a heist by convincing everyone at the scene of the crime that they are only filming a movie.
Posted by DEZMOND at 1:00 PM