EDDIE REDMAYNE OR NICHOLAS HOULT TO LEAD 'FANTASTIC BEASTS AND WHERE TO FIND THEM' ADAPTATION! SONY TO ADAPT STEPHEN KING'S DARK TOWER' EPIC SAGA INTO MOVIE AND SERIES

EDDIE REDMAYNE TO LEAD
'FANTASTIC BEASTS AND WHERE TO FIND THEM' ADAPTATION?

The main movie news today comes from 'Variety': fresh Oscar winner Eddie Redmayne is apparently the lead candidate for the lead role in Harry Plopper spinoff FANTASTIC BEASTS AND WHERE TO FIND THEM scheduled for November 2016. J.K. Rowling is also writing the script for the Warner Bros. upcoming trilogy. Beside him, director David Yates is allegedly considering Nicholas Hoult as well. Set in New York roughly seven decades before Harry Potter’s saga starts, the story is based on the Hogwarts textbook and follows the adventures of its author, Newt Scamander. Scamander is described as a “magiczoologist,” which is a person who studies magical creatures. Redmayne could easily win his second Oscar in a row next year for playing one of the first people who underwent a sex change operation in Tom Hooper's THE DANISH GIRL. 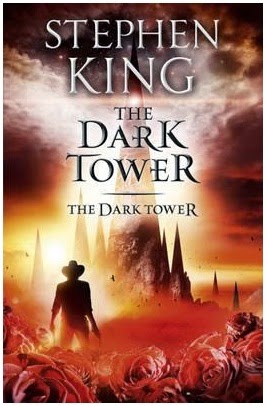 franchise, but now it seems that Sony is finally speeding it up teaming with Media Rights Capital to produce the movie adaptation along with a TV series as well. The story follows a lone gunman Roland Deschain, who sets off on a journey to find THE DARK TOWER, a magical portal to other worlds. The movie will be based on the first book in the series, THE GUNSLINGER, which describes Roland's relationship with a young boy named Jake, who is from a different time and place. Ron Howard was previously set to direct the film with Javier Bardem and Russell Crowe being in the run for the lead role.