'A ROYAL NIGHT OUT'
WITH SARAH GADON AS THE YOUNG QUEEN ELIZABETH  II
Gorgeous new posters for some of the historical dramas arriving soon. First on the list today is A ROYAL NIGHT OUT out in British cinemas May 15th! On V.E. Day in 1945, as peace extends across Europe, 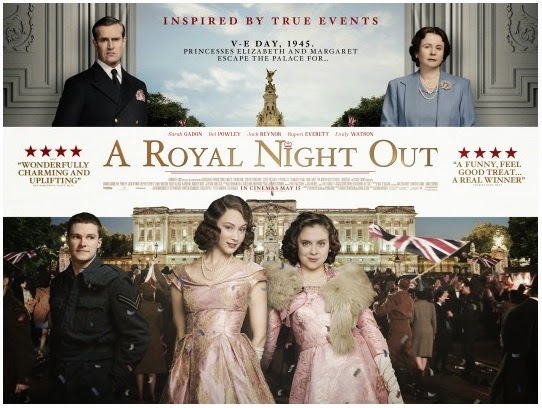 Princesses Elizabeth (Sarah Gadon) and Margaret are allowed out to join the celebrations. It is a night full of excitement, danger and the first flutters of romance. Rupert Everett and Emily Watson are King George and Queen Elizabeth, with Jack Raynor also in the cast.

'TESTAMENT OF YOUTH'
WITH KIT HARINGTON, COLIN MORGAN, AND ALICIA VIKANDER
The second film for today has already been released over at the British isles, but is out in USA June 5th! TESTAMENT OF YOUTH stars Alicia Vikander 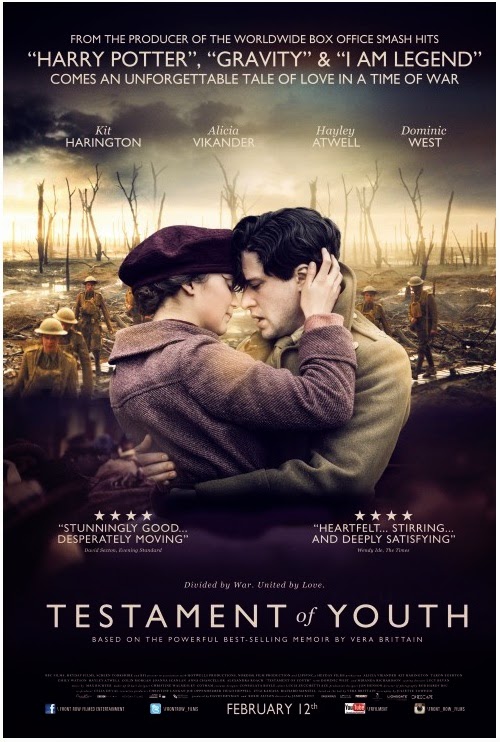 as intelligent and free spirited Vera who overcomes the narrow mindedness of her conservative parents, winning a scholarship to Oxford. Entranced by her brother's dashing friend Roland (Kit Harington), who shares her literary aspirations, she plunges into an intoxicating romance. Blooming, in love and on the cusp of fulfilling her ambitions, Vera's dreams are brutally shattered by the onset of war. When Roland and her brother (Taron Egerton) ship out to the front, she abandons the cloistered environs of university life and volunteers as a nurse. Immediately confronted with the pitiless reality of the war's victims, her life is irrevocably changed as she loses, 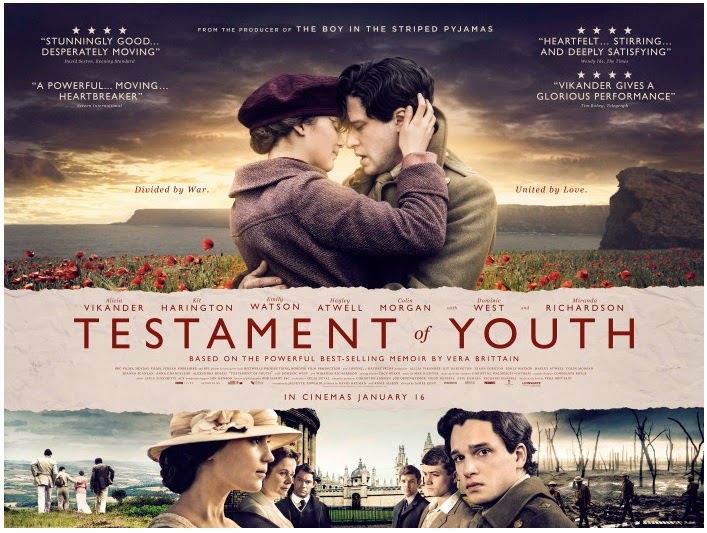