And we continue with the news on upcoming new historical TV series today as well, people! A month or so ago I informed you that BBC is preparing new television adaptation of famous POLDARK 18th century novel saga by Winston Graham in which the lead role will go to THE HOBBIT's Aidan Turner, and now he's got himself a female lead too. Gorgeous British actress Eleanor Tomlinson (she played princesses in both JACK THE GIANT SLAYER and in WHITE QUEEN) will play Demelza! The eight part series will be set in 18th century Cornwall following the story of the rebellious Ross POLDARK as he returns from the American War of Independence to Cornwall, only to find that his old world is ruined: his father is dead, the family mine long since closed, his house wrecked and his sweetheart pledged to marry his cousin. But Ross finds that hope and love can be found when you are least expecting it in the wild but beautiful Cornish landscape. 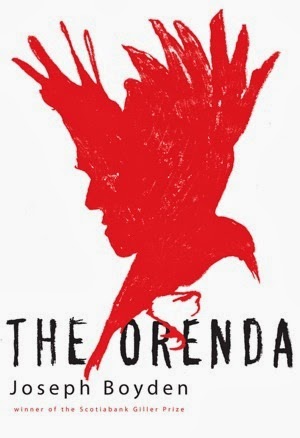 Here's another possible historical series: Joseph Boyden's 2013 novel THE ORENDA will be turned into a TV series. The Canadian novel will be released in USA this May. It is a period drama set in the 1600s in which the story follows an Iroquois girl, a Huron warrior and a Jesuit missionary during the first point of contact between Native Americans and Europeans and illustrates how North America emerged from this world in flux.