STUNNING NEW CHARACTER PICTURES FROM 'DA VINCI'S DEMONS', PLUS ALL ABOUT THE NEW CHARACTERS OF THE SECOND SEASON! NEW 'X MEN DAYS OF FUTURE PAST' POSTER AND TRAILER 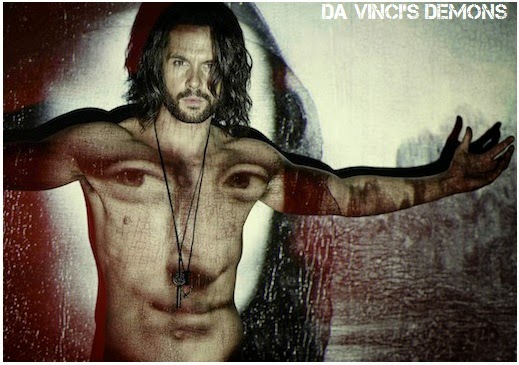 and at Fox International Channels in more than 125 countries worldwide! The return of the epic show sees Florence  thrown into the chaos in the wake of the Pazzi conspiracy, Lorenzo (Elliot Cowan) 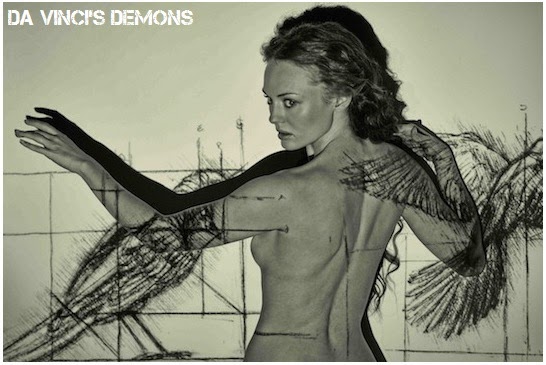 is ill, and Leonardo (Tom Riley) must push the limits of his mind and body to defend the city from the evil forces of Rome. When the dust settles friends are buried and rivalries inflamed. While the Medicis 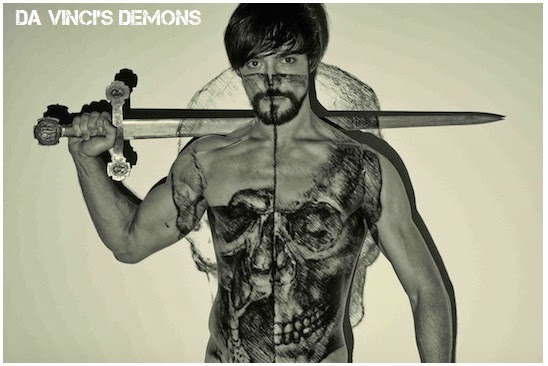 go to unthinkable lengths to deal with new threats, da Vinci continues on with his quest to find the fabled Book of Leaves and uncover the secret history of his mother! He will come to realize that he has a lethal 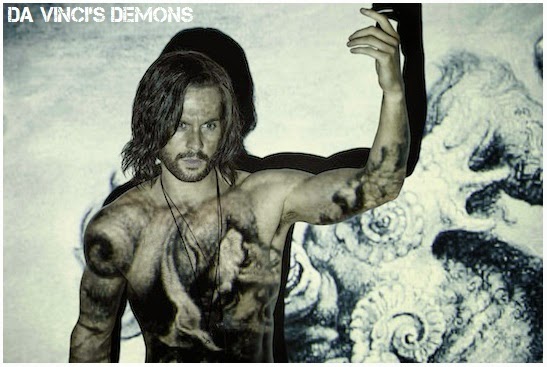 competition in his quest - new enemies who may be even worse than the forces of evil Pope Sixtus. His search will now take him to faraway lands and force him to reevaluate everything he knew about the world and his own history.

HIGH PRIESTESS OF INCAS!
First of all, Leonardo, his friends and even count Riario will end up all over in South America this time searching for the Book of Leaves where they will face themselves with the tribes of Incas controlled by Ima (Carolina Guerra), their High Priestess who is as strikingly beautiful as she is formidable and she has an influence over her people that even the emperor, Topa Inca, doesn't possess. She is the Daughter of Moon looking for the Son of Sun, and Leo might just be that little sparkly shine!
FEARED KING FERRANTE
One of the new characters will be King Ferrante played by Matthew Marsh.  Feared leader of one of the most powerful nations in Italy, King Ferrante’s known to proudly display the mummified corpses of his enemies. Kieran Bew will play Ferrante's son, Duke Alfonso, the future king of Naples, who never loses sight of the power within his grasp.
AMERIGO VESPUCCI
We shall also meet famous Amerigo Vespucci played by Lee Boardman.  A purveyor of curious, Amerigo does a lucrative business

in securing exotica for the wealthy. His connections prove valuable to da Vinci and his friends, but he’s always looking for a way to profit, sometimes at their expense!
LUCRETIA FLYING SOLO
The structure of the ten episodes of the second season will not be overly linear which means we shall first see Lucretia Donatti (Laura Haddock) some ten years before the events from the first season while 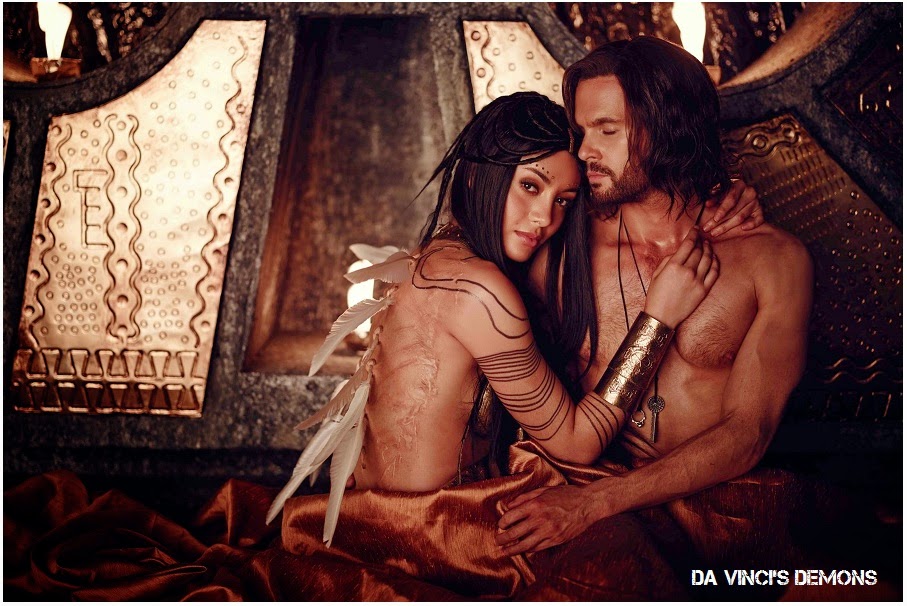 she was still a young and hopeful girl! And then back again in time, as an outed spy she will once more fight alone desperately trying to get her 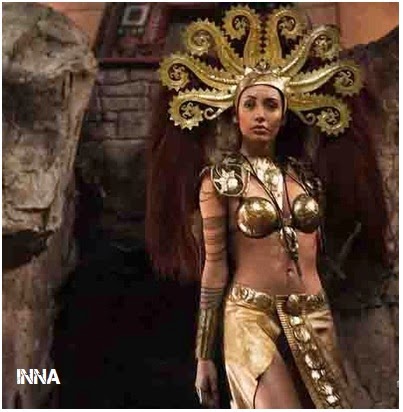 own revenge. The mysterious prisoner in Pope's prison (James Faulkner), who is supposed to be Laura's father and maybe even the rightful Pope, will have plans and cunning plots of his own! 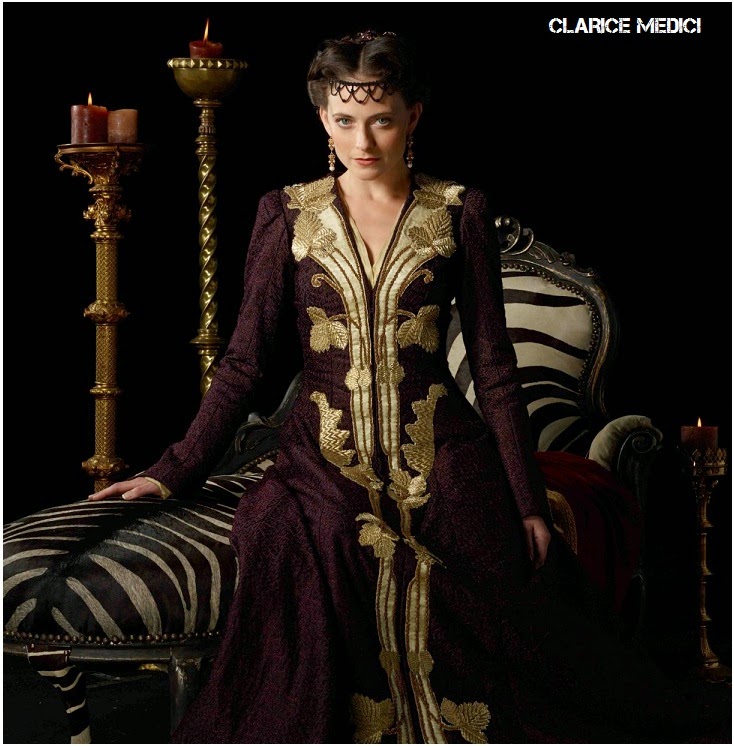 NEW FRIENEMIES!
Meanwhile, Count Riario (Blake Ritson) will now also be more of a solo flyer who will follow Leo all the way over to Peru, where they 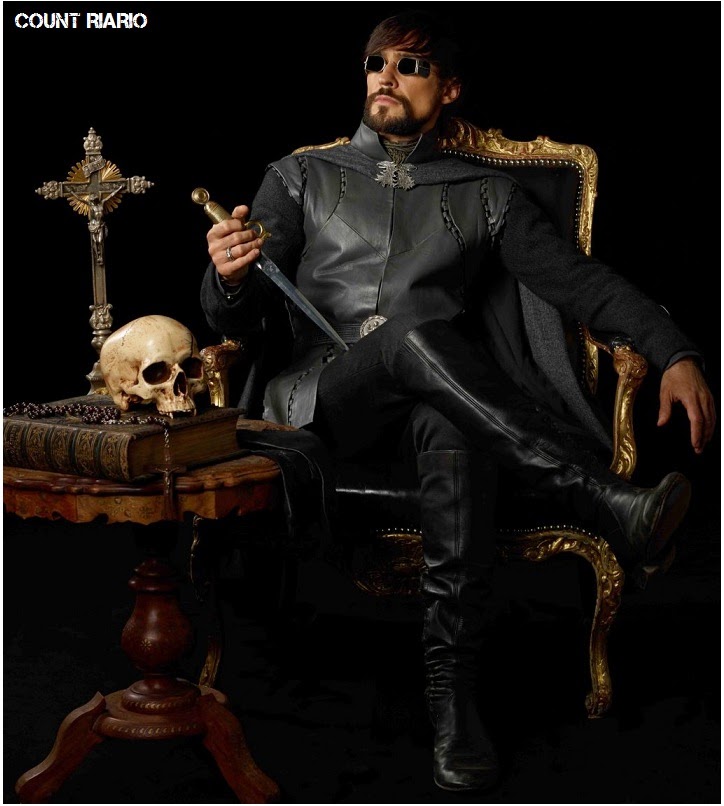 will become something like frienemies! Apparently, he will have a love interest too showing his emotional side!
LORENZO'S PREDICAMENTS Lorenzo Medici (Elliot Cowan) will first survive the assassination and he will regain his leadership over Florence, but will end up arrested by King Ferrante.

NEW TRAILER AND POSTER
X MEN DAYS OF FUTURE PAST 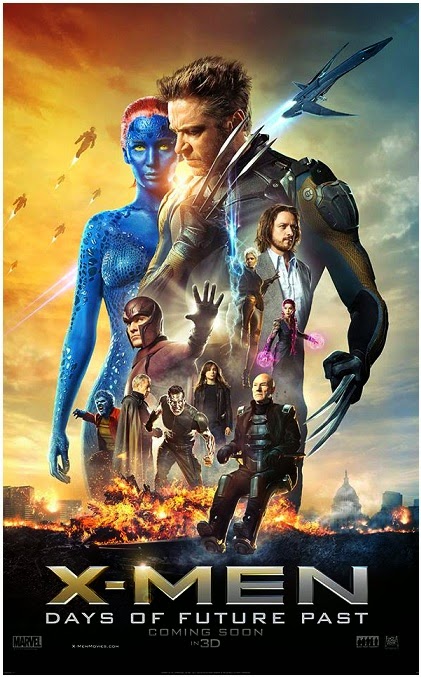 In trailer time today, check out the second trailer for X MEN DAYS OF FUTURE PAST along with the wonderful new poster for the movie which lands into cinemas May 24th! The ultimate X-Men ensemble fights a war for the survival of the species across two time periods in 'X-Men: Days of Future Past'. The characters from the original X-Men film trilogy join forces with their younger selves from X-Men: First Class in an epic battle that must change the past - to save our future. The stellar cast includes Hugh Jackman, Ian McKellen, Patrick Stewart, Michael Fassbender, James McAvoy, Nicholas Hoult, Jennifer Lawrence....
Posted by DEZMOND at 6:00 PM