PATRICK WILSON IN ANT-MAN
WITH PAUL RUDD & MICHAEL DOUGLAS
According to 'Variety' the latest star to join the cast of Marvel's ANT-MAN movie adaptation is American thespian Patrick Wilson. He already played a superhero, he was Nite Owl in WATCHMEN, but it is still not known whom he will play in ANT-MAN. We already know that Michael Douglas will play Hank Pym, while Paul Rudd will play Scott Lang who was the ANT-MAN in the comics after Hank. There are also rumours that HOBBIT star Evangeline Lilly is negotiating to take the role of Pym's daughter who has a romance with Scott Lang. Scheduled for July 2015, the movie will follow Biochemist Dr. Hank Pym who uses his latest discovery, a group of subatomic particles, to create a size-altering formula. Though his first self-test goes awry, he develops an instrument that helps him communicate with and control insects.

In TV news, SUPERNATURAL spinoff series SUPERNATURAL TRIBES is adding stars to its cast. The show will revolve around various Mafia-esque monster families who, unknown to humans, run the underbelly of Chicago. The clans are now being tracked by a hunter who is trying to rid Chicago of anything supernatural. PRETTY LITTLE LIARS star Sean Faris will play Julian Darant, who is part of a wealthy werewolf clan who are feuding with a family of shape-shifters. Lucien Laviscount will be Ennis Roth, a trainee cop turned hunter who is caught in the crossfire of the monster war. HEROES actress Danielle Savre will be Margo, acting head of the leading shape shifting clan. Formerly a punk rocker, Margo is now a corporate professional and feels threatened once her prodigal brother David (Nathaniel Buzolic) returns. VAMPIRE DIARIES' Stephen Martines, plays a world-weary Chicago cop who serves as a mentor to Ennis (Laviscount) but also is secretly on the payroll of one of the powerful monster families. The 20th episode of 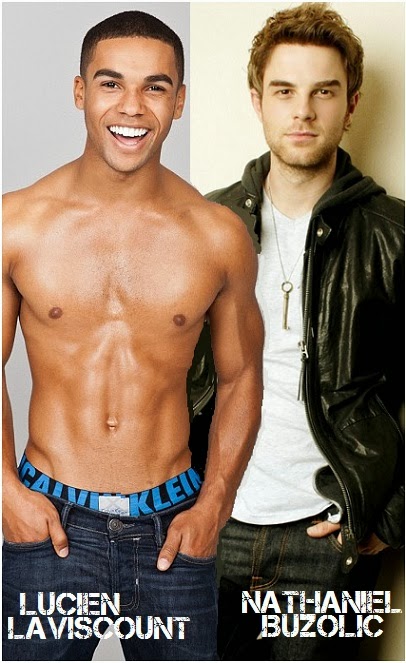 current SUPERNATURAL season will be an introduction to the TRIBES spinoff!

SERIES
Speaking of HOBBIT stars, our favourite dwarf Kili or Aidan Turner :) will take the lead role in BBC's new eight part series POLDARK! The adaptation of Winston Graham's acclaimed saga will be set in the 18th century Cornwall following the story of the rebellious Ross Poldark as he returns from the American War of Independence to Cornwall, only to find that his beloved county has dramatically changed in his absence. BBC already had a small screen adaptation of POLDARK novels earlier in the 1970's and this new version will air next year.

DEZZY'S LITERA- TURE LESSON
When he returns to England, POLDARK finds out that his fiancée, having believed him dead, is about to marry his cousin. POLDARK then restores his own fortunes by reopening one of the family's tin mines. After several years he marries a servant girl, and is gradually reconciled to the loss of his former fiancee's love who has become a widow and is about to marry POLDARK's arch-enemy. There are 12 novels in the series which were published in the period of 50 years!