JOSEPH FIENNES
JOINS NICOLE KIDMAN IN STRANGERLAND DRAMA
It seems Nicole Kidman will get a new partner in Australian drama STRANGERLAND! Instead of Guy Pearce she will team up

with Joseph Fiennes in this mystery drama in which  the story revolves around a couple whose teen kids turn up missing in the Australian Outback. Hugo Weaving is also in the cast! Before that, you shall watch Fiennes in Dwayne Johnson's Greek epic HERCULES THRACIAN WARS this summer!
LITTLE MERMAID LIVE ACTION MOVIE
And while we're waiting for MALEFICENT, ALICE IN WONDERLAND sequel and Cate Blanchett's CINDERELLA, LITTLE MERMAID will also get her live action movie to be directed by Sofia Coppola! According to 'Deadline' she is negotiating to helm Universal's movie on the Hans Christian Andersen's sea princess.

Over at the small screens, the show that I mentioned only yesterday, SCORPION, has just landed Katharine McPhee in the lead role! In the CBS pilot for the sf drama series she will play working-class hero and diner waitress Paige! The drama follows a global network of super-geniuses who fight against various threats of the modern age. Paige is the team's nanny and translator! Elyes Gabel, Robert Patrick and Eddie Kaye Thomas are in the cast!
JOSH LUCAS IN 'MYSTERIES OF LAURA'
Meanwhile, Josh Lucas has joined Debra Messing in NBC's new show MYSTERIES OF LAURA which follows the life and relationships of Laura Diamond (Messing), a female homicide detective who can handle murderous criminals but not her hell-raising twin children. Lucas will play Jake, a clever cop with keen instincts who winds up being captain in the same precinct as his soon-to-be ex-wife, Laura — ex, if only Jake would sign the papers. A serial cheater who could schmooze his way out of the electric chair, Jake’s charm and coveted “good dad” role means he deftly leaves the parenting of his young twin children entirely to Laura.


THE MAZE RUNNER
THE FIRST TRAILER IS HERE!
Yesterday brought us the very first trailer for science fiction adventure THE MAZE RUNNER which will try to find its way into cinemas this September following a boy named Thomas who wakes 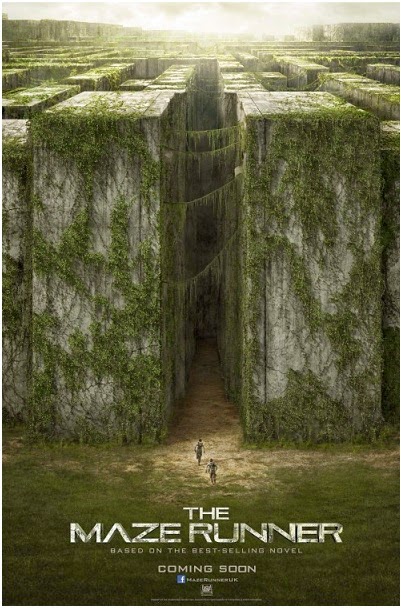 up in a strange place called the Glade with no memory aside from his first name. The Glade is an enclosed structure populated by other boys, and is surrounded by tall, stone walls that protect them from monsters called Grievers that live in the Maze, which surrounds the walls around the Glade. Every day, some of the kids who are Runners venture into the labyrinth trying to map the ever changing pattern of walls in an attempt to find an exit. As soon as Thomas arrives, unusual things begin to happen and the others grow suspicious of him. The Maze seems familiar to Thomas, but he's unable to make sense of the place despite his extraordinary abilities as a Runner. When the first girl arrives in the Glade, she brings a message that she will be the last one to ever arrive in the Glade, as the end is near.