CASTS VIRGINIA MADSEN!
Earlier this week, I've introduced you to NBC's upcoming new sf drama show BABYLON FIELDS and 'Deadline' now reports that our beloved Virginia Madsen has joined the cast opposite Meagan Good and Kyle Schmid! The supernatural drama is described as a sardonic drama in which the dead are rising in Babylon, NY, and as a result, lives are regained, old wounds are reopened and families are restored — for better or worse. The newly regenerated bodies are healing faster and growing stronger than anyone else leading to the suspicion that they might be the next step in human evolution. Madsen will play Rhonda Wunch, CDC scientist Thomas Wunch’s (Kyle Schmid) mother who is close to her son and wants him to stay home!


'PADINGTON' BEAR TEASER
COLIN FIRTH LENDS HIS VOICE!
It's a very poor day today in movie news world, so here's something to sweeten up the pain of it: a 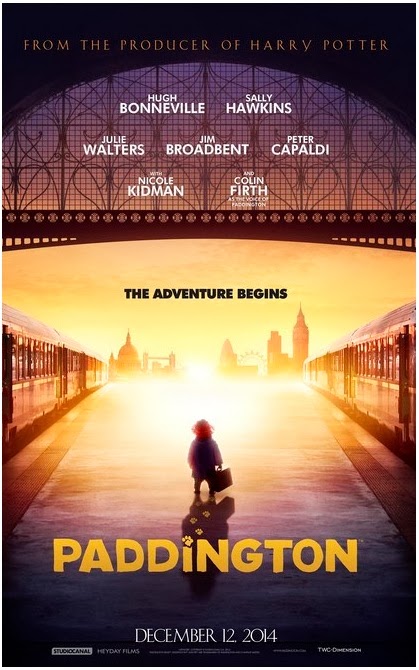 teaser for PADDINGTON bear movie starring Nicole Kidman and Colin Firth! Arriving to theatres this December, and also starring Sally Hawkins, Julie Walters, Hugh Bonneville, Jim Broadbent, the movie follows the comic misadventures of a young Peruvian bear with a passion for all things British who travels to London in search of a home. Finding himself lost and alone at Paddington Station, he begins to realize that city life is not all he had imagined - until he meets the kindly Brown family who offer him a temporary haven. It looks as though his luck has changed until this rarest of bears catches the eye of a museum taxidermist!

PADDINGTON TIDBITS
Adorable bear PADDINGTON comes from series of novels (sold in more than 30 million copies) by Michael Bond. The polite immigrant bear with his old hat, battered suitcase (complete with a secret

compartment, enabling it to hold more items than it would at first appear), duffle coat and love of marmalade sandwiches has become a classic character from English children's literature!
Posted by DEZMOND at 6:10 PM