2014 SITCOM PILOT UPDATES: BEN FELDMAN IN 'A TO Z'! LINDSAY PRICE IN 'LIFESAVER'! GRETA GERWIG IN 'HOW I MET YOUR DAD'! JUSTIN HARTLEY IS 'DAMAGED GOODS'! ELLEN BURSTYN IN 'OLD SOUL'! 1ST PICTURE OF GRANT GUSTIN AS 'THE FLASH' 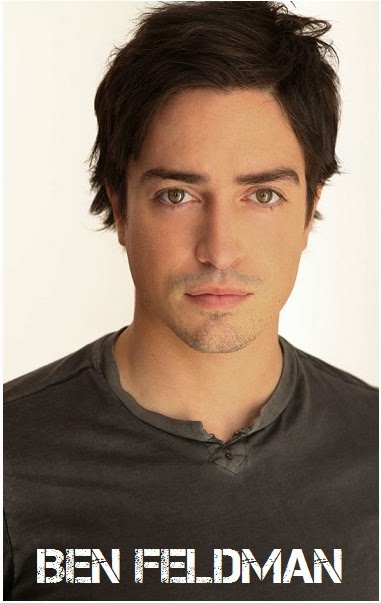 for a whole season) are on, and I have tones of TV updates for you today. Let us start with always charming Ben Feldman (LIVING WITH FRAN, MAD MEN) who has just been cast in A TO Z sitcom at NBC. The story follows the relationship between a young couple, Andrew (Feldman) and Zelda (Cristin Milioti), from meeting to breakup. Andrew is described as an optimist, a smart, sarcastic guy’s guy who, despite his love of sports and action movies, is a closet romantic and believes in “the one” — now he just needs to find her. Leonora Crichlow from British BEING HUMAN will play Zelda's roommate and co-worker.

One of my fave TV faces, gorgeous Lindsay Price (she was so brilliant in prematurely deceased LIPSTICK JUNGLE) is now set to play in LIFESAVER sitcom at NBC! The odd couple comedy centres on the uptight, controlling and a bit neurotic Dr. Graham Permenter (Christian Borle) and loose cannon Leon (Jonathan Ryland), who become inextricably linked after Leon saves Graham’s life by giving him a kidney. Price will play Jennifer, Graham’s girlfriend and a doctor at the hospital with him who doesn’t mind Leon in the way that Graham does.
HOW I MET YOUR DAD SPINOFF
Over at CBS they're preparing HOW I MET YOUR DAD spinoff sitcom which will have Greta Gerwig and Drew Tarver in the lead roles. In the vein of the original series, this one tells the story from a female point of view, that of Sally (Greta Gerwig), and revolves around a new group of friends in New York. Tarver will play Todd, Sally’s best friend and roommate from college who is now married to her brother.

Another of my fave TV faces, Justin Hartley will topline ABC comedy pilot DAMAGED GOODS which revolves around two damaged men (Hartley and Steve Talley) and two damaged women who explore the minutiae of love and relationships. According to 'Deadline', Hartley’s smart and egoistic Tim is hit hard when his girlfriend and law firm colleague gets the promotion he expected to get. Childish and unable to applaud her accomplishments or be with a woman who outranks him, the relationship seems all but over — unless she resigns. Ben Lawson is also in the cast.


ELLEN BURSTYN IN
'OLD SOUL' PILOT
Meanwhile, NBC's comedy pilot OLD SOUL has just added Ellen Burstyn next to Natasha Lyonne. Produced by Amy Poehler, it centres on a reformed wild child Nadia (Lyonne) who has a business caring for the elderly and feels she has more in common with her colorful old clients than she does with people her age. Burstyn will be Nadia’s aunt Eileen, an earthy lesbian with a New Age bent who has recently survived cancer. Nadia may take care of her elderly clients, which are Eileen’s friends, but Eileen takes care of Nadia. Rita Moreno and Fred Willard are also in the cast.


GRANT GUSTIN IN THE FIRST
'THE FLASH' CW SHOW IMAGE
And I have already posted this at our Facebook and Twitter pages, but here's Grant Gustin in the first picture as THE FLASH in the 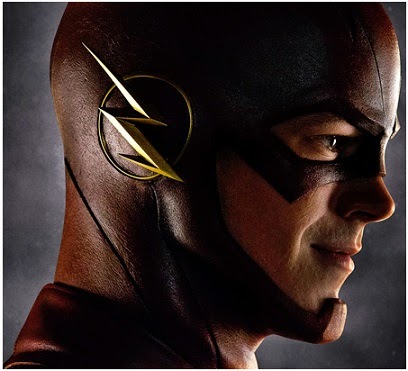