WILL HEAR 'THE VOICES'
Most of us probably hear voices in our heads from time to time, but to hear the voices of your cat and dog telling you nasty things, that is certainly a call for alarm: Lionsgate has just bought distribution rights for  Ryan Reynolds' movie THE VOICES which also features Gemma Arterton and Anna Kendrick. It is a genre-bending film which centres around Jerry, a lovable but disturbed factory worker who yearns for the attention of a woman in accounting. When their relationship takes a sudden turn, we follow Jerry's perspective as his talking pets, a sinister cat and benevolent dog, lead him down a fantastical, murderous path. The movie is directed by Marjane Satrapi who was nominated for an Oscar for PERSEPOLIS.

TOPLINES NEW ABC SERIES
And here's another of the gents my ladies like: Rufus Sewell will take the lead in ABC’s Richard LaGravenese drama pilot, 'Deadline' writes. In the vein of 'Dangerous Liaisons', the untitled project is set in New York and revolves around the love and rivalry between two equally matched, powerful socialites — Philip Fitzgerald Julien (Sewell) and Margot Worth Cole — who play out their obsessive attraction and seduction of each other through their manipulation of others. You will next see Rufus in Dwayne Johnson's HERCULES THRACIAN WARS epic movie playing Autolycos the son of the messenger god Hermes. 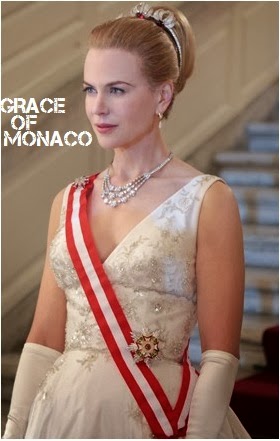 You can also check out the second trailer for GRACE OF MONACO with totally miscast Nicole Kidman. Also starring Derek Jacobi and Milo Ventimiglia and directed by Olivier Dahan, the movie takes place during the early 1960s when Grace Kelly was married to Monaco’s Prince Rainier III (equally miscast Tim Roth), and during a political dispute between the principality and France. The film will play at Cannes film festival in May.

her and only a few months later he came to USA. He was in pursue of a wife since according to an old  treaty  Monaco reverts to France if their prince doesn't have an heir. Rainier met Kelly and her family, and after three days, he proposed. Kelly accepted and the families began preparing for what was to be THE WEDDING OF THE CENTURY! Kelly and her family had to provide Prince Rainier with a dowry of 2$ million in order for the marriage to go ahead. Grace came over to Monaco on a special eight day voyage with more than 80 pieces of luggage. In Monaco, more than 20,000 people lined the streets to greet the future princess consort. More than 35 seamstresses worked on her wedding gown for six weeks! After the wedding, Prince Rainier banned the screening of Kelly's films in Monaco.