'THE SADHU' INDIAN EPIC FROM
'300' PRODUCER MARK CANTON
And while Greek epic 300 RISE OF AN EMPIRE is scoring millions around the globe, its producer Mark Canton (who also brought us IMMORTALS blockbuster epic) already has another 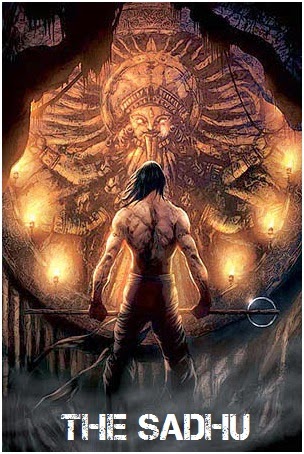 epic adventure in his sleeve! He will develop a movie out of Indian comic book THE SADHU! The story follows James Jenson, a British soldier whose family is brutally murdered by a corrupt superior officer in the Indian colony of Bengal in 1858. Jenson escapes in the remote forests of India, where he seeks refuge with the mysterious Indian mystics known as sadhus. After years of being trained in their supernatural arts, Jenson must decide whether to use his newfound powers for inner peace and enlightenment, or vengeance. Using the ancient mythology of India the producers are hoping to launch a new movie franchise.


TELEVISION HEADLINES
GENIUSES ASSEMBLE IN 'SCORPION' CBS DRAMA
In television news this Monday, CBS is preparing new series titled SCORPION in which the story will revolve around Walter (to be played by Elyes Gabel), an eccentric genius and his international network of super geniuses who form the last line of defense against the complex threats of the modern age. According to 'Deadline' the cast will also have AMERICAN PIE's Eddie Kaye Thomas who will portray Toby, a genius behaviourist and a member of the super geniuses team. Jadyn Wong from BEING ERICA will play Happy, the mechanical genius who can fabricate anything and has hands with a surgeon’s precision and a magician’s inhuman speed.
MELISSA GEORGE, ODED FEHR JOIN RUFUS SEWELL IN ABC DRAMA
Meanwhile, Melissa George has joined the untitled ABC's drama pilot in the vein of 'Dangerous Liaisons' which, set in New York, revolves around the love and rivalry between two equally matched, powerful socialites, Philip Fitzgerald Julien (Rufus Sewell) and Margot Worth Cole (Melissa George), who play out their obsessive attraction and seduction of each other through their manipulation of others. THE MUMMY star Oded Fehr will play Anderson Cole, Margot’s ex-husband and one of the Forbes 500 whose power has resulted in expanding a multimillion-dollar company into a multibillion-dollar corporation. Anderson has fooled three beautiful women into marrying him and is working on Trophy No. 4.
Posted by DEZMOND at 6:00 PM