Just listen to this mindblowing cast: Damian Lewis and Jeremy Northam have just joined the cast of OUR KIND OF TRAITOR which already includes Ewan McGregor and Stellan Skargard! The big screen movie adaptation of John Le Carre's novel started shooting yesterday in United Kingdom. As 'Deadline' reports Hossein Amini adapted the thriller about an English couple who embark on a tortuous journey after a chance meeting with a Russian millionaire. Naomie Harris is also in the ensemble!


NEW AMC SHOWS 'KNIFEMAN' AND 'GALYNTINE'
In TV news, AMC has found directors for two of their upcoming new shows. Brian Percival (DOWNTON ABBEY, THE BOOK THIEF) will helm the pilot for KNIFEMAN, the drama about a charming, arrogant surgeon who robs graves and harvests organs in 18th century London. David Mackenzie (PERFECT SENSE) will direct GALYNTINE,  fantasy-action adventure show set in a postapocalyptic future without technology where a band of survivors is forced to adapt to isolation and the challenges of their new world.


NEW 'JUPITER ASCENDING'
POSTERS WITH CHANNING TATUM AND MILA KUNIS
Your main treat for today are gorgeous posters for science fiction adventure JUPITER ASCENDING with Channing Tatum and Mila Kunis! Coming to theatres this June it follows Jupiter Jones (Mila Kunis), who was born under a night sky with signs predicting that she 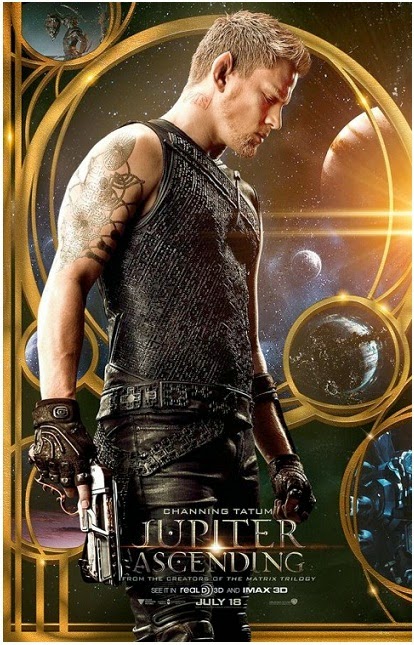 was destined for great things. Now grown, Jupiter dreams of the stars but wakes up to the cold reality of a job cleaning toilets and an endless run of bad breaks. Only when Caine (Channing Tatum), a genetically engineered ex-military hunter, arrives on Earth to track her down does 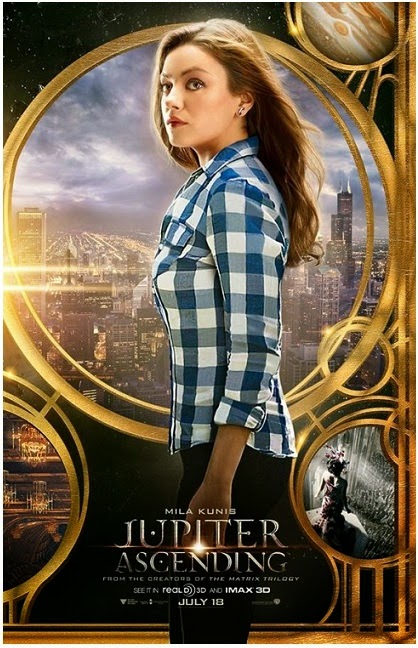 Jupiter begin to glimpse the fate that has been waiting for her all along - her genetic signature marks her as next in line for an extraordinary inheritance that could alter the balance of the cosmos. The cast also includes Douglas Booth, Sean Bean, Eddie Redmayne, James D'Arcy!
Posted by DEZMOND at 2:10 PM