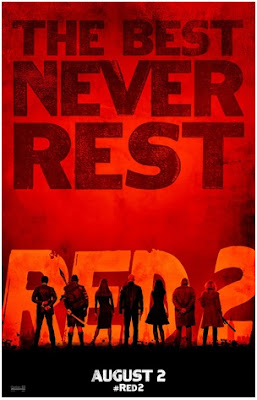 Today we spotlight a sequel to the mega successful action comedy RED which earned almost $200 million in cinemas worldwide (starring Bruce Willis, Karl Urban and Morgan Freeman, John Malkovich and Helen Mirren) with the story about a black-ops agent Frank Moses who reassembles his old team of retired agents in a last ditch effort to survive and uncover his assailants. They were RED - Retired Extremely Dangerous! The sequel RED 2, advertised as THE BEST NEVER REST, should hit cinemas July 19th! 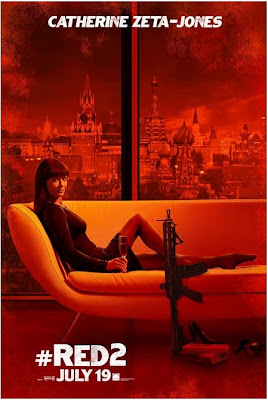 CIA agent Frank Moses reunites his unlikely team of elite operatives for a global quest to track down a missing portable nuclear device. To succeed, they’ll need to survive an army of relentless assassins, ruthless terrorists and power crazed government officials, all eager to get their hands on the next generation weapon. The mission takes Frank and his motley crew to Paris, London and Moscow. Outgunned and outmanned, they have only their cunning wits, their old-school skills, and each other to rely on as they try to save the world—and stay alive in the process. Bruce Willis' Frank Moses is on Interpol's most-wanted list, making a run for it through Europe, once again with girlfriend Sarah (Mary Louise Parker) in 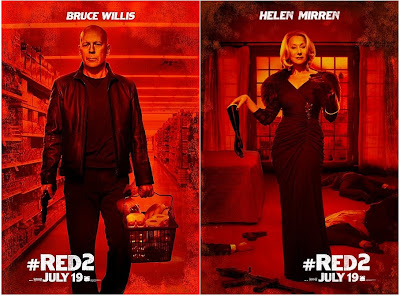 tow and crazy Marvin (John Malkovich) roped in to help. Catherine Zeta Jones is one of Frank's dangerous ex-girlfriends, with Anthony Hopkins also in the enemy camp. It seems even Victoria (Helen Mirren) is against Frank this time, but all may not be as it seems. 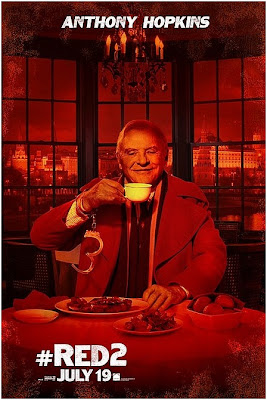 The film will reunite the team of retired CIA operatives with some new friends as they use their 'old-school style' to take on new enemies in Europe. The cast is again lead by Bruce Willis as Frank Moses, with John Malkovich as Marvin Boggs, Mary-Louise Parker as Sarah Ross, Catherine Zeta Jones as Miranda Wood, Lee Byung-hun as Han, Anthony Hopkins as Edward Bradley the villain in the story, Helen Mirren as Victoria, Brian Cox as Ivan Simanov, David Thewlis as The Frog, an information dealer who got his name by poisoning the water supply at the Kremlin using a poisonous Amazonian frog, and Neal McDonough playing the motley 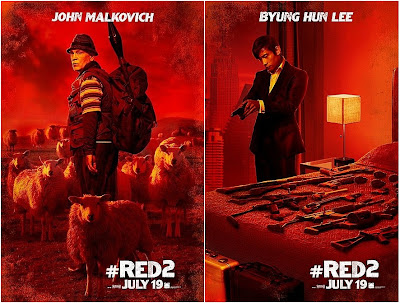 crew of retired assassins returning for a second outing. The film is directed by Dean Parisot who mostly worked on television before helming shows such as MONK, THE GOOD WIFE, MODERN FAMILY....The story of the film takes our retired heroes all the way to London, Moscow and Paris! 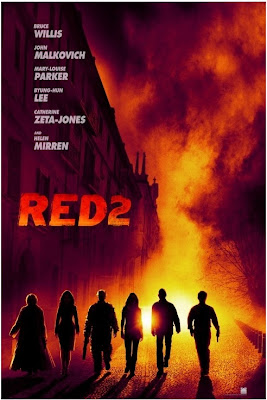 
Hollywood Spy has reported before that John Malkovich is taking the lead role in CROSSBONES pirate show in which he will play famous buccaneer Blackbeard!  Catherine Zeta Jones will join this year Russell Crowe in action drama BROKEN CITY while dame Helen Mirren will lend her voice in MONSTERS UNIVERSITY animated sequel. Catherine's fellow Welshman Anthony Hopkins will also work with Russell Crowe in NOAH sf epic in which he plays Methuselah! He is also supposed to join Liam Hemsworth in ARABIAN NIGHTS!