FANTASY SHOW WONDER- LAND GETS FIRST STARS
Well, it seems they are already casting actors for ONCE UPON A TIME spin-off show WONDERLAND! Based loosely on Lewis Carroll's Alice in Wonderland, the spin-off to ABC's popular fantasy show, will be set in a pre-curse Wonderland and will fill the gaps between ONCE UPON A TIME seasons with 13 episodes. Young Sophie Lowe has been cast for the role of Alice joining one of BEING HUMAN's werewolves Michael Socha (he will star as The Knave of Hearts, a sardonic adventurer, a man of action, a loner and a heart-breaker) and Peter Gadiot who will play Cyrus, Alice's love interest. The show will also have another character - Amahi, described as exotic, soulful and optimistic! The producers are also hoping to get Sebastian Stan back as Mad Hatter and Barbara Hershey as the Queen of Hearts! You have most recently seen young Sophie Lowe in the exciting trailer for thriller movie THE PHILOSOPHERS  with James D'arcy!

THE WHITE QUEEN TRAILER
It's here, it's here, my little royal freaks! The first trailer for this summer's television event - historical series THE WHITE QUEEN which will air at Starz this July and on BBC (probably a bit earlier). Now 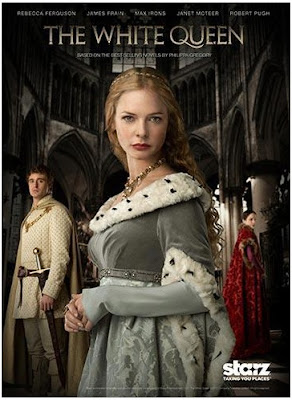 let us keep our fingers crossed that they don't turn this series into a royal teen soap with spoilt teen brats (having always weak Max Irons in the lead role brings up these fears in me). The television adaptation of Phillippa Gregory's bestselling novel, the show brings a riveting story of love, lust, seduction and deception, betrayal and murder, given through the perspective of three different, yet equally relentless women, who tried to secure the English throne for themselves by using their powers of seduction and manipulation.

WHITE QUEEN STORY
The year is 1464, before the Tudor dynasty ruled the country, and war has been ravaging throughout England over who is the rightful King. It is a bitter dispute between two sides of the same family; The House of York and The House 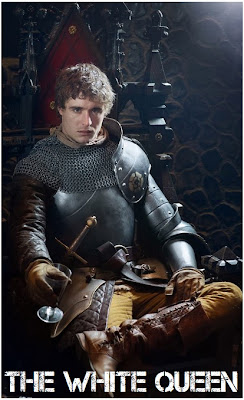 of Lancaster. The House of York’s young and handsome Edward IV (Max Irons) is crowned King of England with the help of the master manipulator, Lord Warwick “The Kingmaker” (James Frain). But when Edward falls in love with a beautiful Lancastrian commoner, Elizabeth Woodville (Rebecca Ferguson), Warwick’s plan to control the throne comes crashing down. A violent, high-stakes struggle ensues between Elizabeth, her most fierce adversary, Lancastrian Margaret Beaufort (Amanda Hale), and Anne Neville (Faye Marsay), the pawn in her father’s power game – each woman vying for the crown. The cast also includes Aneurin Barnard as King's brother Duke Richard, David Oakes as Duke of Clarence and Eleanor Tomlinson as Isabel Neville.
Posted by DEZMOND at 12:00 AM